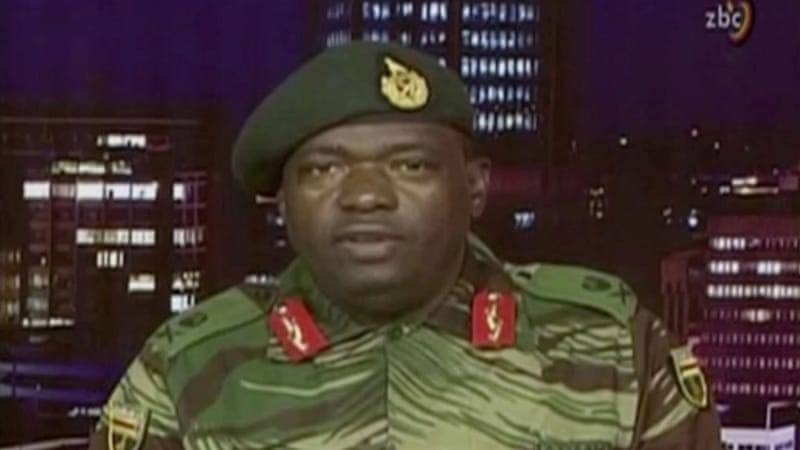 HARARE - Zimbabwe's military has taken control of the state TV and closed the roads leading to government office following a night of unrest in the capital Harare.

In an address on state television, Zimbabwe Broadcasting Corporation, on Wednesday morning after the take over, military spokesperson, Major General SB Moyo, said "We are only targeting criminals around him [President Robert Maugabe] who are committing crimes that are causing social and economic suffering in the country in order to bring them to justice".

The move was speculated as military coup, but Moyo denied that the army has taken over the government of 93-year-old Mugabe, adding that the leader and his family were "safe and sound and their safety is guaranteed".

“We wish to make it abundantly clear that this is not a military takeover,” the statement said, adding that "As soon as we have accomplished our mission, we expect that the situation will return to normalcy".

He further said, "there is a plan by the same individuals to influence the current purging that is taking place in the political sphere to the civil service. We are against that act of injustice and we intend to protect every one of you against that".

Addressing the nation, Moyo said: "To the generality of the people of Zimbabwe we urge you to remain calm and limit unnecessary movement. However, we encourage those who are employed and those with essential business in the city to continue their normal activities usual".

"To political parties we urge you to discourage your members from engaging in violent behavior."

He urged all churches and religious organizations in Zimbabwe "to pray for our country and preach the gospel of love, peace, unity and development".

He also asked army troops to return your barrack immediately as "all leave is canceled".

This is first time that a tussle between military and Maugabe surfaced after he started ruling the country since 1980 after independence from white minority.

On Monday, the army commander had warned to “step in” to calm political tensions over the 93-year-old Mugabe's possible successor. The ruling party accused the commander of “treasonable conduct.”

The United States (US) Embassy shut for the public following the “the ongoing political uncertainty through the night.” It encouraged the citizens to shelter in peace.