Affected residents apprise PM about lack of food and water 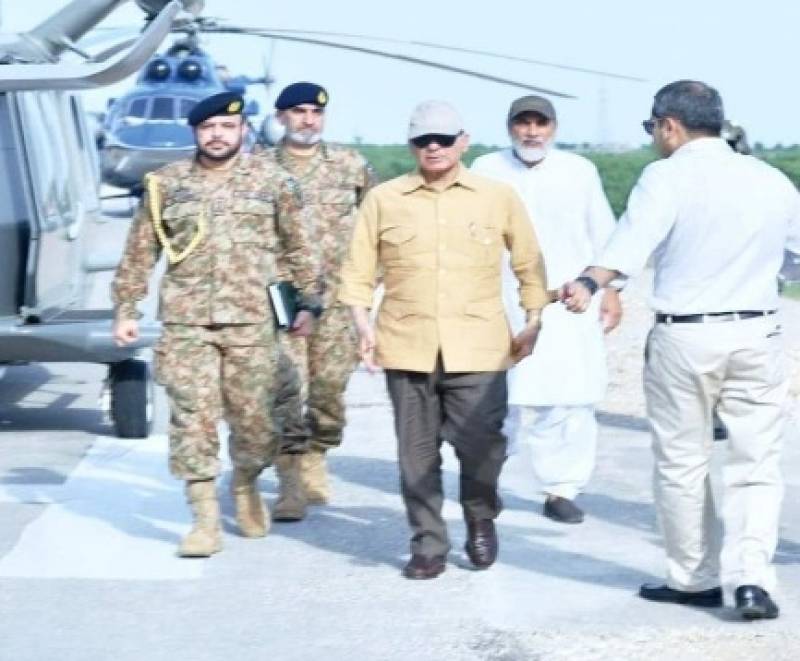 ISLAMABAD – Prime Minister Shehbaz Sharif has ordered strict action against the provincial administration over poor arrangements as he visited flood-hit Balochistan for the second time to oversee relief operations.

The premier, who is known for diligent administration, visited the southwestern region as nine more people died in Balochistan over the past 24 hours, taking the death toll to 136.

During his visit, local residents mentioned their plights to PM Shehbaz as they were living without food or water in the tent villages.

After listening to people woes, PM said strict action will be taken against officials for not providing food and water. He added that an inquiry would be conducted for such negligence and the people responsible would be punished.

Despite praising the measures, the premier said non-availability of the record is unacceptable, adding that people left everything behind and came here.

He also mentioned to conduct a joint survey by the PDMA and the NDMA to ascertain the negligence and further action.

PM while addressing a ceremony announced that families of the deceased would get Rs1 million each from Balochistan and the federal government. He also ordered officials to estimate the total damages in order to ensure transparency.

Meanwhile, Balochistan Chief Minister Abdul Quddus Bizenjo who accompanied PM, ensured the availability of food rations for one month for the tent city.

It was highlighted that in 30 years, Balochistan witnessed an average of 500 percent more rains after the pre-monsoon spell commenced on June 13.

PM visited country’s southwestern region for the second time as nearly 136 deaths had been reported with 70 injured. As many as 1,100 persons received minor injuries, per reports.

A large area of agricultural land remained inundated while thousands of people were shifted to safe places.

Meanwhile, large-scale relief and rehabilitation operations are underway in all affected areas of the province.

LAHORE – A number of villages in the Pakistani Punjab province were flooded after India unexpectedly diverted ...