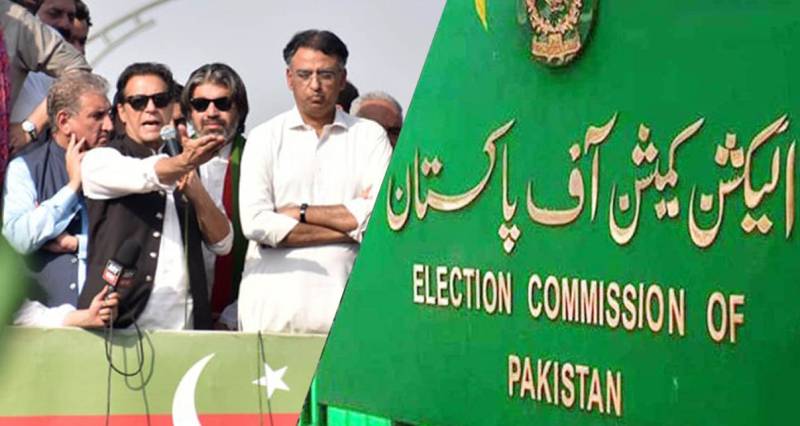 ISLAMABAD – Former Pakistani PM and PTI chief Imran Khan called for a fresh protest outside the Election Commission of Pakistan office in capital as electoral watch said the verdict in PTI's foreign funding case will be announced tomorrow (Tuesday) at 10 am.

The development comes days after the ruling alliance, comprising members of the Pakistan Democratic Movement, PPP, and Muttahida Qaumi Movement-Pakistan, urged ECP to release the verdict in the case.

Members of ruling alliance on Friday met senior officials of the ECP, including the chief election commissioner to convince the electoral body to announce its verdict reserved in the prohibited funding case involving the Imran Khan led PTI.

Meanwhile, the PTI announced to file a ‘judicial reference’ against chief election commissioner Sikander Sultan Raja and other members of the ECP for meeting ruling alliance.

Earlier this year, an ECP scrutiny committee report revealed that PTI concealed several accounts and around Rs310 million between 2008 and 2013, claiming that the party had received $44,000 from 88 foreign donors.

PtI controlled assemblies of Khyber Pakhtunkhwa and Punjab had also passed resolutions against the CEC, stating that they had lost confidence in him.

The case, previously referred to as the foreign funding case, was pending since 2014 as party founding member Akbar S Babar, who is no longer associated with PTI, alleged serious financial irregularities in the party’s funding from abroad