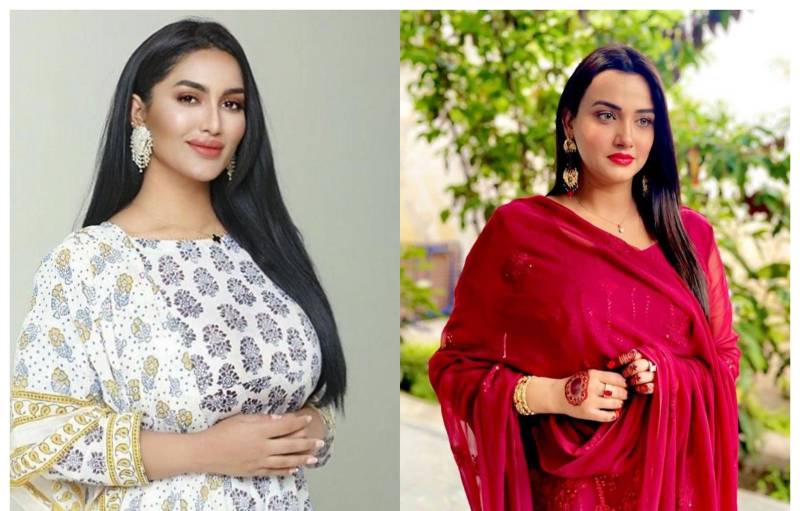 Mathira has finally responded to fellow actress Kiran Tabier who felt offended by being compared to her. Needless to say, the popular host did not hold back and slammed the Parizaad actress.

The fiasco stems from a fan recently telling Kiran that she looks like Mathira’s twin sister. The Judwaa actor was quick to snap back and wrote, “If you’re actually a girl writing this then I salute you on your comment.”

The Instagram exchange went viral with netizens sharing their opinions. Now, Mathira has released a statement to clap back saying being compared to her is “not a swear.

Taking to Instagram stories, Mathira wrote, “Being compared to me is not a swear (curse) or a bad word but if you think that, then that’s your head. Anyways, people should salute your thinking. Why do people think I'm that bad?” 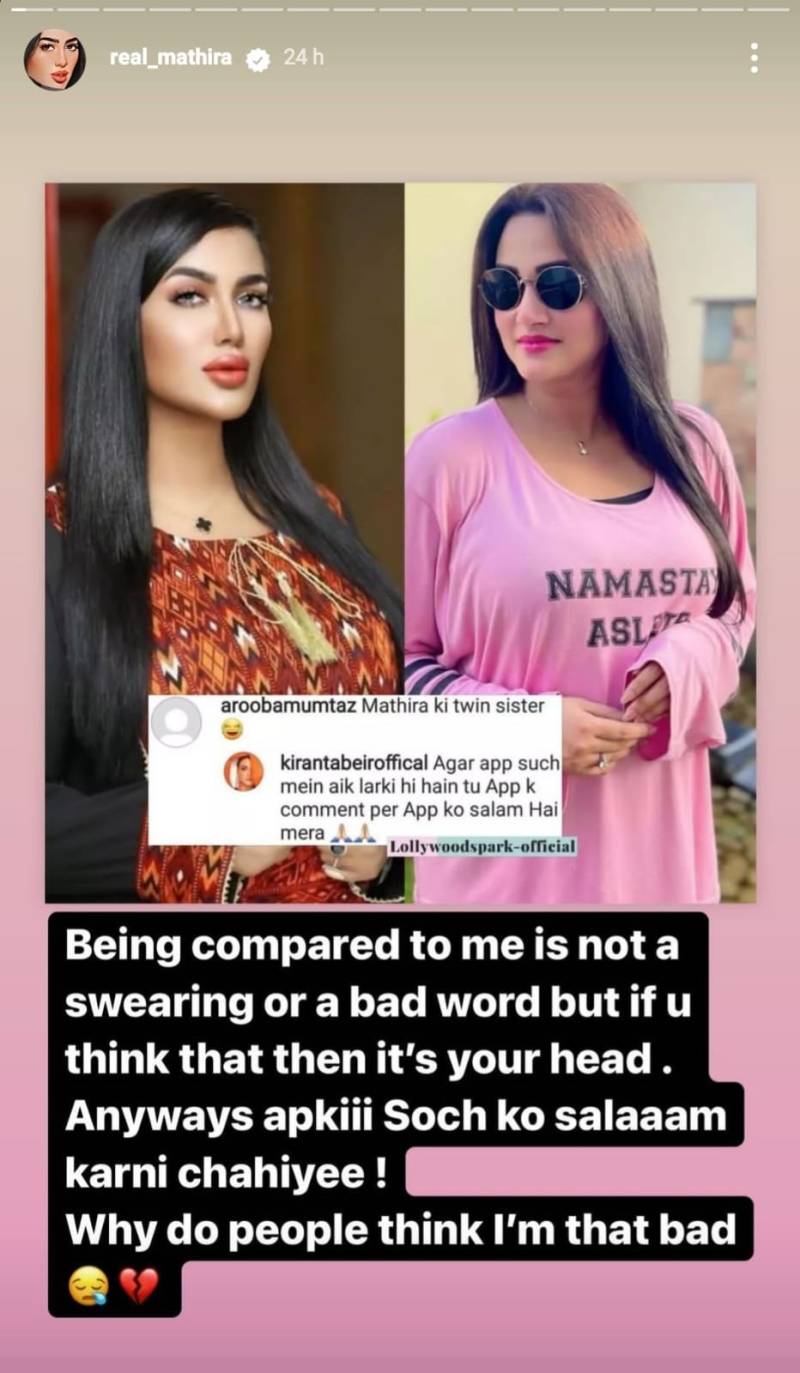 Earlier this year, Kiran became the face of the viral Fiza Shiza meme. The telefilm 'Judwa - Haqeeqat' faced endless trolling due to its problematic storyline and absurd scenes.