Man gets $101 ticket for giving out FREE HUGS 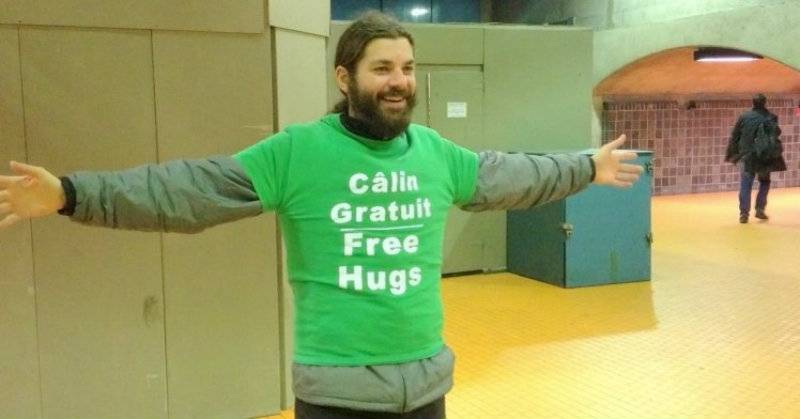 MONTREAL - A Canadian blogger was fined for giving out free hugs to the public at a metro station in Montreal.

The man, who goes by the name of Tommy Boucher, wore a green t-shirt with 'Free Hugs' emblazoned on it and hugged members of the public at the Jean-Talon Metro station in Quebec this week. 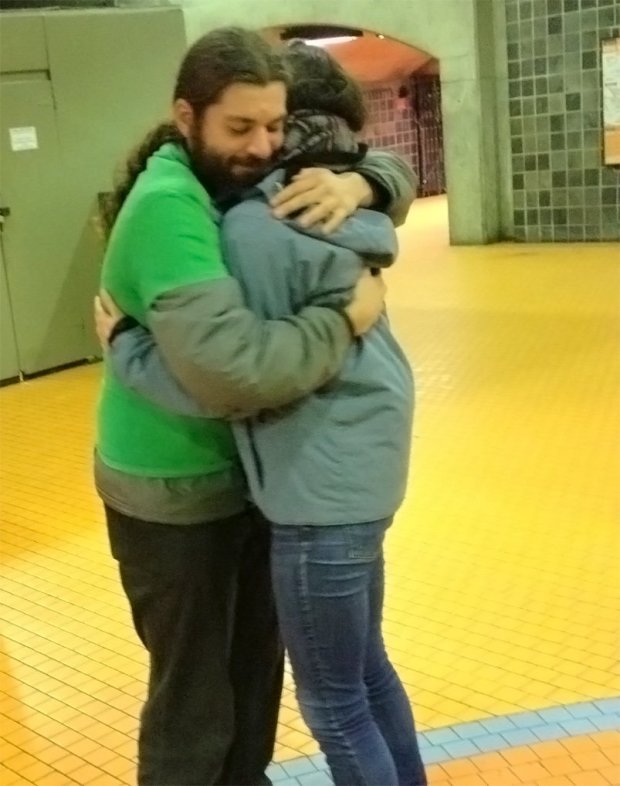 But his kind gesture was not appreciated by the local authorities, who slapped him with a relatively hefty fine of Canadian $101 (£60.40), according to CTV news.

Tommy was punished under STM bylaw R-036, which states: "In a Metro station, after obtaining the authorization of the Society, it is permitted to offer for sale or lease services or merchandise, or to exhibit or distribute such services or merchandise, subject to the other restrictions in the present bylaw. Under any other circumstance or in any other place, such activities are forbidden."

The shocked man, in a statement on his blog, wrote: "I know these guys have the mission to keep the peace in the subway ... but when they give a ticket to those who actually are [peaceful], where is the world going?"

The blogger was later on reportedly let off with the fine and was instead issued with a warning.

‘What I understand of that,’ Boucher continued, ‘is that I can wear my t-shirt with “free hugs” written on it… but I can’t open my arms.’