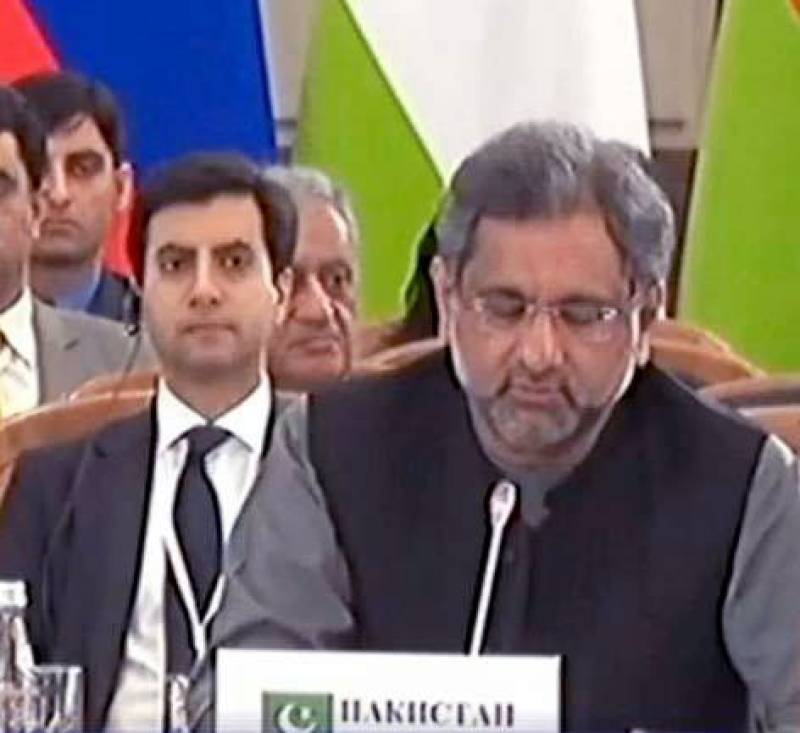 SOCHI - Prime Minister Shahid Khaqan Abbasi said on Friday that Pakistan would be happy to provide support to SCO's efforts towards building a stable and secure Afghanistan.

Speaking at the 16th meeting of the Shanghai Cooperation Organization's (SCO) Council of the Heads of Government (CHG), Abbasi called for the further deepening of cooperation within the new consultative format of SCO Afghanistan contact group.

'The objective of this format should be to support Afghanistan's efforts for a peaceful political settlement through dialogue and combatting security and terrorism threats to Afghanistan and the region," he said.

Abbasi maintained that Pakistan was fully committed to eliminating the evil of terrorism, but added that terrorism could not be identified with any specific religion, country or nationality.

The premier who arrived in the Russian city of Sochi on Thursday also highlighted ways to strengthen the SCO further. The premier suggested that improving regional infrastructure for enhanced connectivity between member nations was important.

The prime minister further said that harmonising laws and regulations for trade practices, movement of merchandise and custom rules will facilitate better trade among partners.

PM Abbasi also thanked China for their constant support and congratulated Tajikistan as the next host for SCO summit.