The Four Types of Husbands 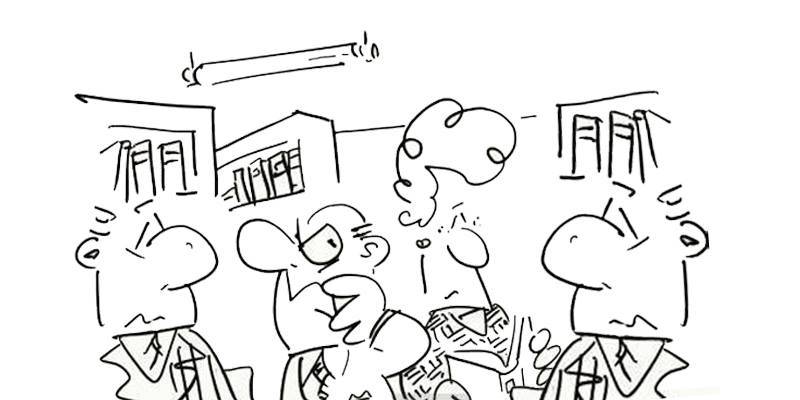 Every married woman has a husband. Some lucky ones have two (hopefully one after the other). Every young lady aspiring to marry one day will also have a husband or two – depending on how early or late she discovers the functional futility, and social cost, of keeping a husband longer than his optimal utility.

Husbands have been around for several thousand years. According to anthropologists and sociologists, they come in a wide variety. I have known over a thousand husbands, and have had the privilege of being one twice. My research, observation and experience tell me that they don’t come in a wide variety; there are only four types of husbands.

When one-day women become as empowered and privileged as men have been so far, the former will start enjoying the entitlement of trying one of each type. Again, hopefully, one by one. Though my prognosis is that in the next 10 to 15 years, serial polyandry (average number of one-by-one marriages per woman) will overtake current serial polygamy (average number of one-by-one marriages per man).

I say this for two reasons. One, the way male privileges are crumbling, and two, the way more and more men are discovering the benefit and delight of being gay. Linked to the first factor, with the downfall of powerful men in the US following revelations of historical sexual misconduct, it seems men may start offering women more husbands in compensation for the hurt and cheat dispensed to their wives.

But that will be then. Right now, let’s unfold the four types for you, dear women, so that you can choose wisely or review your first mistake, boldly.

Husbands have come a long way, and it’s been quite an educative journey for some; but overall, their learning curve has mostly remained like a dying person’s ECG.

They started off as hunters and some still have the same instinctive template in their head when they approach a woman.

Some, however, learnt a few better ways to go about the business of courtship and marriage, and went for same-sex marriages.

For some, let’s not forget, it still is the responsibility of parents to enrol their sons into marriage the way these sons were enrolled in a school. That’s why, the wedding day for many looks like the first day at school.

So, you can be living with a bearable traditional husband or a terrible ex-husband.

For many wise women, the traditional type is still the best bet: at least they are a predictable torment.

The transitional husbands are those who will always say ‘I am learning how to be a good father’, as if fathering is the only function they are supposed to perform in their marriage.

The transformed husbands are those who started as traditional but underwent involuntary, accidental or adventurous transition and then either gave up efforts of self-reform, or their wives gave up on them.

The ex-husbands mostly hail from the transitional category, but least from the traditional type. On this, those women who have recently been blessed with the invaluable opportunity of divorce, must know, ‘single again, life again’.

Now, with greater responsibility and knowledge, comes a greater accountability also. If a man is known by the company he keeps, a woman is known by the husband she retains, or abandons. Particularly, when she is a powerful woman, and could pick husbands for a dime a dozen.

So, in the next elections, when an aspiring woman PM asks for your vote, do ask her: we understand you made this mistake because you were young and naïve, but why did you retain him?

For those women who are not considering running for public office, take it easy, and be a role model in the social realm – and change a husband who is not delivering the way you would change a bus which is taking you nowhere.  This is how you will rule in the 21st century. Godspeed and good luck.