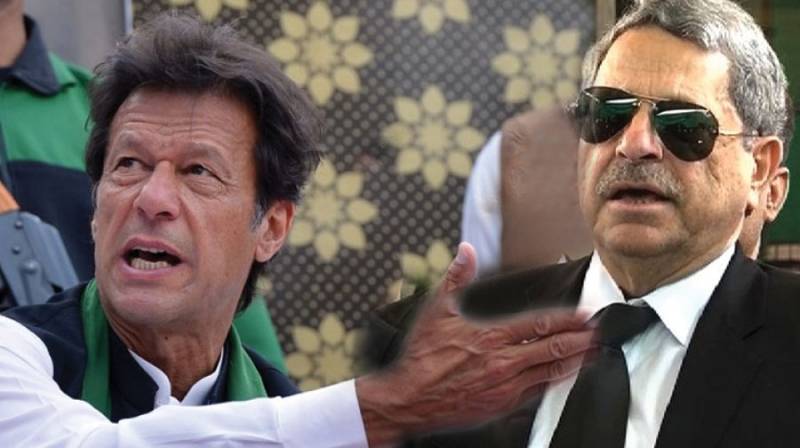 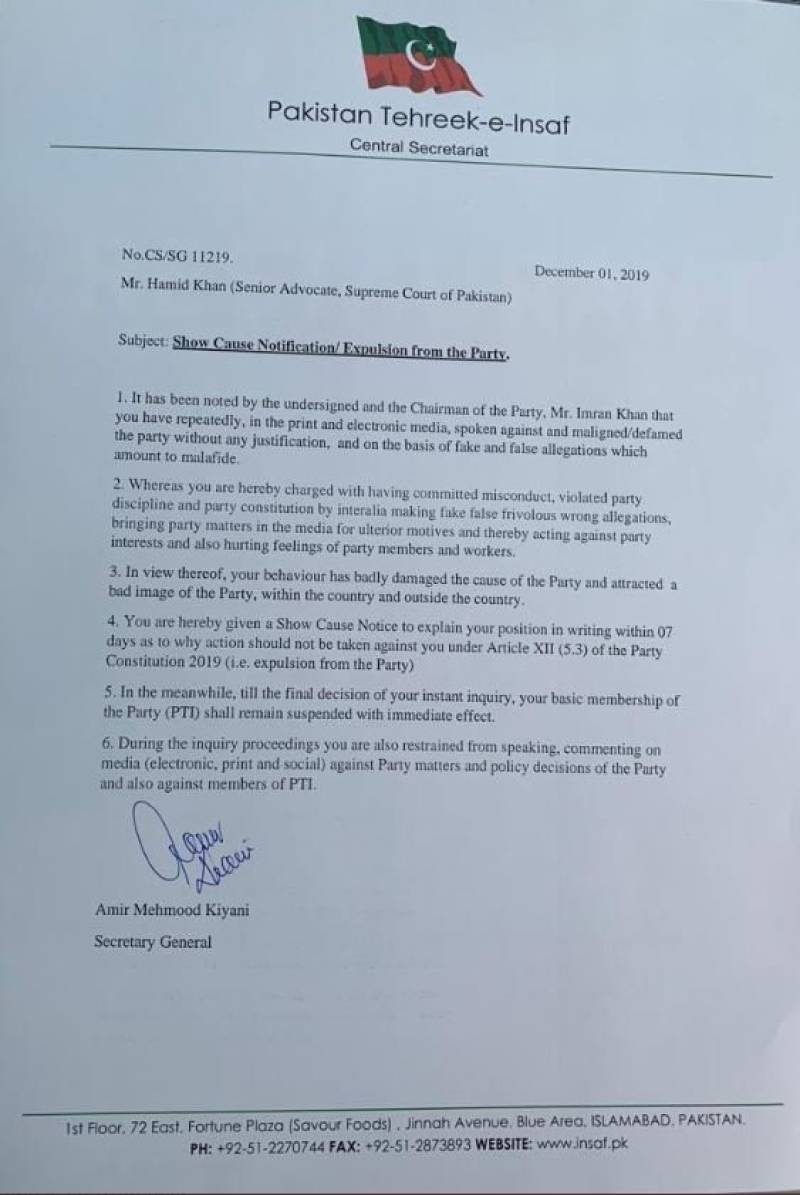 ISLAMABAD – The ruling Pakistan Tehreek-e-Insaf (PTI) has suspended the membership of its senior leader Hamid Khan, according to a party notification issued on Sunday.

PTI's Central Secretary General Aamir Kiani, on the directive of Prime Minister and party chairman Imran Khan, sent a show-cause notice to Khan for issuing statements against the party's policy.

The notice also claims that the allegations made against Hamid tarnished the reputation of the party.