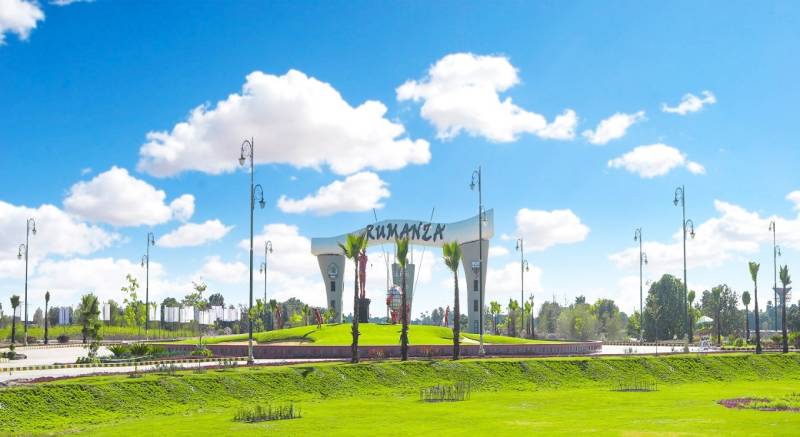 LAHORE – The All Pakistan Golf Clubs Team Championship 2022 involving a battle of remarkable golf playing skills will be conducted by Rumanza Golf and Country Club, Multan from December 2 to 4, the contest extending over 54 holes, 18 holes each day.

A total of eight teams from all prominent golf clubs of Pakistan have converged to Rumanza Golf and Country Club for this Team Event and teams comprise of 10 members each, the categories being four amateur players, three golf professionals and three senior amateurs. And they will affront each other in pursuit of gold medals and 1.2 million prize money for victorious team, while runner-up team has to be content with silver medals, utility prizes and 0.7 million cash prizes.

As for the team ending up third, the rewards are bronze medals and 0.3 million cash. Additional attractions are a car for a hole in one and for the amateur golf players a spiritual allurement will be an Umra Ticket and a seven days stay for the champion with the best gross score.

Starting from today (Friday), when the first tee off takes place at 9am, the aspirants will become a committed lot and for 54 holes, they will be engaged in a clash for golfing ascendancy that fetches them honors, contest based triumph, elevation as champions of merit and beneficial winnings.

As for the team members representing these eight clubs of the country, most of them are nationally recognized players, much adept in golf playing abilities and while many of them are proficient and skillful with many victories to their credit, there are a large number of relentless golfers who seek experience and ultimate recognition through participation in this illustrious event.

And the purposeful ones from Lahore Clubs are Ahmed Sultan Kayani, Damil Ataullah, Nouman Ilyas, Matloob Ahmed, M Sahahzad (Lahore Garrison) while lustrous ones from Lahore Gymkhana are Salman Jehangir, Qasim Ali Khan, Hussain Hamid, Shahid Javed, Aadil Jehangir and Talat Ijaz. A few contenders with enormous flair and a part of the Rumanza Golf Club Team are players like Saad Habib, Col Habib and two professionals Hamza Amin and Ahmed Baig besides six others. Out of these six one is a girl amateur and she is a proficient lady amateur, Hamna Amjad.