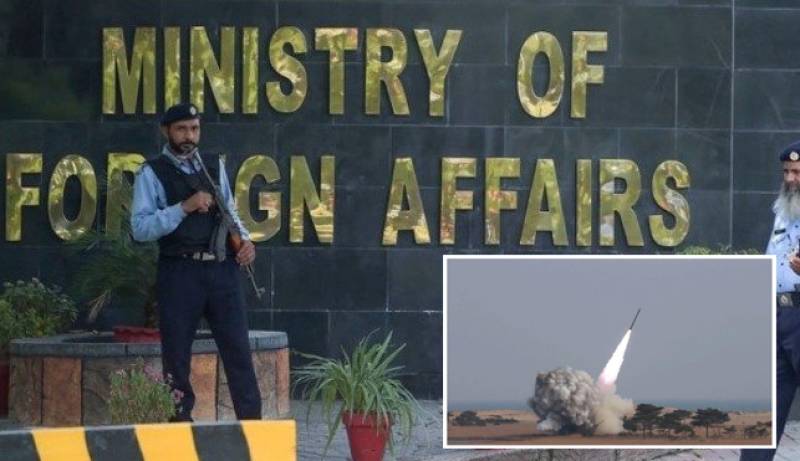 ISLAMABAD – Pakistan has expressed strong solidarity with the United Arab Emirates (UAE) in the wake of a foiled drone attack amid escalating conflict.

A statement issued by Foreign Office said Pakistan strongly condemned the launching of a missile from Al-Jawf, Yemen, by the Houthis rebels towards the gulf nation.

“It is commendable that the missile was successfully intercepted by the air defence system of the UAE, preventing loss of innocent lives,” the communiqué reads.

Pakistan termed the Houthi attacks as a grave violation of international law and a serious threat to regional peace and security and called for their ‘immediate cessation’ and reaffirmed its solidarity with the brotherly people and government of the UAE.

On Monday, the United Arab Emirates intercepted a ballistic missile fired by the Houthi movement. Emirati officials termed the attacks as ‘useless’ provocations that would be dealt with to safeguard national security and sovereignty.

UAE defense officials claimed that the missile was intercepted 20 minutes past midnight and that its debris fell on an uninhabited area.