Masood Khan’s appointment as Pakistan envoy to US is in process, MoFA says 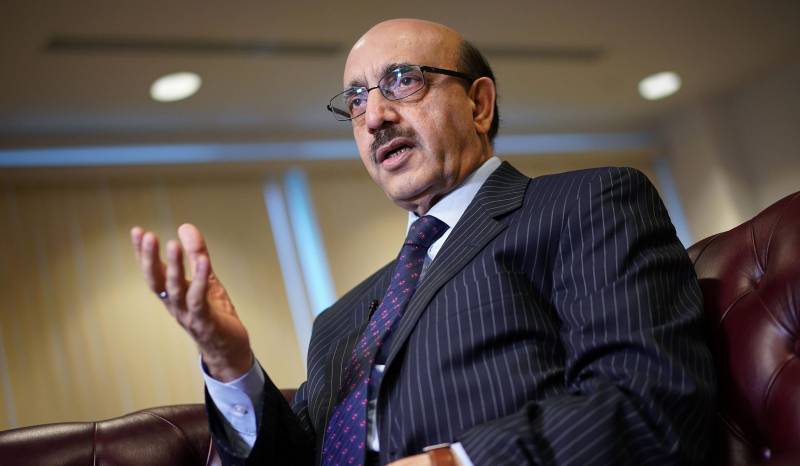 ISLAMABAD – Ministry of Foreign Office has debunked Indian disinformation campaign aimed at maligning Pakistan over the appointment of Masood Khan as envoy to Washington.

Foreign Office Spokesperson Asim Iftikhar said the recent efforts of New Delhi are a part of the wider Indian disinformation campaign to malign Islamabad and those who represent Pakistan by using fake news to make scandalous claims and baseless allegations.

MoFA spox said Ambassador Masood Khan was a highly accomplished diplomat with 40 years of experience in both multilateral and bilateral diplomacy.

“His Agreement is being processed in the US system,” he mentioned responding to rumors about the delay in his approval by the US administration.

Khan was nominated as ambassador to the US in November. He will replace Dr. Asad Majeed Khan who is currently heading the country’s mission in Washington since 2019. Masood served the Ministry of Foreign Affairs in different capacities since 1980, before becoming AJK president.

A vocal and strong advocate of Kashmir’s accession to Pakistan, Masood effectively highlighted the sufferings of the oppressed Kashmiris that warrant an effective strategy to end the never-ending holocaust.

He also served as Pakistan’s Ambassador to Beijing in 2008 and September 2012 and Permanent Representative to the United Nations, New York, between October 11, 2012 and February 7, 2015.