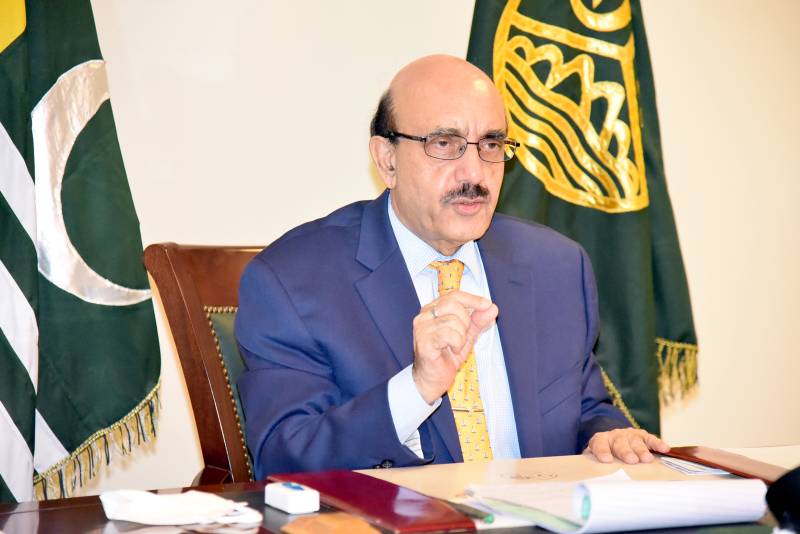 Reports cited that the former Kashmiri diplomat would replace Dr. Asad Majeed Khan – who is the head of the country’s mission to Washington for the last two years.

A summary in this regard has been finalized and if confirmed, Khan would replace Asad Majeed whose term will expire in January 2022. The incumbent authorities reportedly decided not to extend Asad Majeed’s tenure.

PM Office will make a formal announcement about the selection of Masood later this week. Meanwhile, a Foreign Office spokesperson said there was no confirmation of the development yet.

The government reportedly opted to appoint a retired representative instead of sending someone who is already in the Foreign Service for the challenging diplomatic assignment.

Masood, who joined the Foreign Service of Pakistan in 1980, became the AJK president has been advancing the case for the longstanding Kashmir dispute with India. He has vast experience in multilateral diplomacy and has been a frequent negotiator for the South Asian country.

Meanwhile, Khan is getting the coveted post at a time when Pakistan and the US are facing an uncertain future as there is no clarity about the relationship between the two sides since Taliban takeover.

Earlier, US President Joe Biden nominated a new ambassador to Pakistan, Donald Armin Blome, an expert on Middle East affairs. He is currently the US ambassador to Tunisia.

WASHINGTON – Joe Biden has announced career diplomat Donald Blome as his nominee for the position of US ...