Biden announces Donald Blome as US ambassador to Pakistan 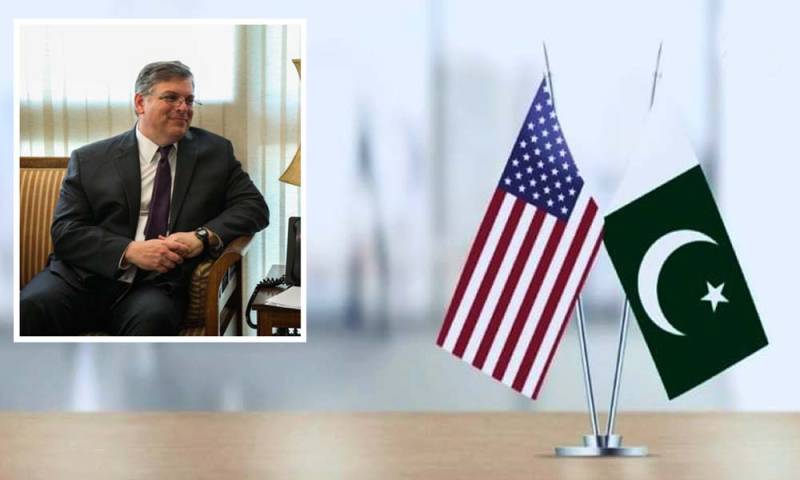 WASHINGTON – Joe Biden has announced career diplomat Donald Blome as his nominee for the position of US ambassador to Pakistan – a post vacant for more than three years.

Reports in international media said Donald Armin Blome, currently ambassador to Tunisia, has been picked for the role as Washington works to manage the situation in Afghanistan following the US withdrawal.

The development came around three years after David Hale left Pakistan in August 2018 while the US diplomatic mission in the South Asian country has been led by charge d’affaires Ms. Angela Aggeler since then.

Former US administration nominated William Edward Bill Todd as the ambassador for Pakistan, but his nomination was eventually called off.

A press release issued by the White House on Tuesday cited “Today, President Joe Biden announced his intent to nominate the following individuals to serve in key roles: Donald Armin Blome, Nominee for Ambassador Extraordinary and Plenipotentiary to the Islamic Republic of Pakistan”.

Meanwhile, his appointment to Pakistan needs to get approval from the Senate.

Donald Bloom, who is said to be fluent in Arabic, was earlier posted as the US Charge d’affaires at the Libyan Foreign Office in Tunis. He also worked as the Consul General at the US Consulate in Jerusalem, and the Director of the Office of Arabian Peninsula Affairs at the US State Department.