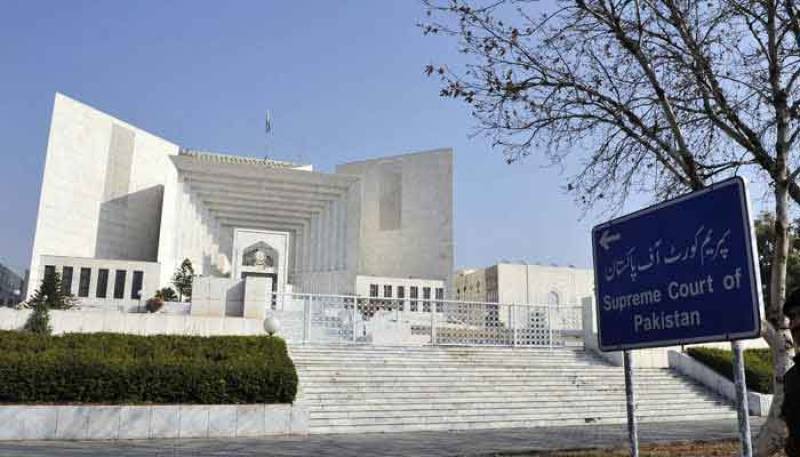 ISLAMABAD – Supreme Court has dismissed a petition filed by the Supreme Court Bar Association (SCBA) challenging the lifetime disqualification of lawmakers under Article 62 (1) (f) of the Constitution.

Reports in local media said the apex court refused to entertain a petition challenging the lifetime disqualification of lawmakers in the South Asian country.

Registrar of Supreme Court returned the petition filed by SCBA President Ahsan Bhoon by raising objections on it. A larger bench had already settled the matter and a petition seeking review of the verdict given by the bench had also been dismissed, the registrar stated.

As per the rule, a new petition could not be filed once the apex court handed down a verdict in a matter.

Meanwhile, SBCA President mentioned to re-file the petition after removing the objections. Boon was seeking the termination of the lifetime disqualification penalty against legislators.

The petition contends that the rule for lifetime disqualification should only be applied to the extent of electoral disputes.

The apex court had disqualified deposed premier Nawaz Sharif in a landmark ruling in a case instigated by the “Panama Papers” leaks, related to alleged corruption. The court had also PTI leader Jahangir Tareen under Article 62(1)(f).

ISLAMABAD - The Supreme Court has unanimously announced that the disqualification under Article 62 (1)(f) of the ...