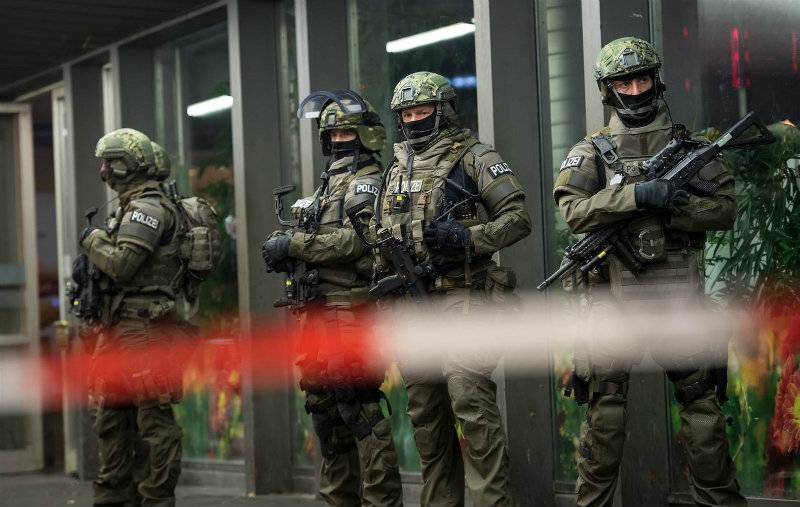 Both stations have since reopened, police tweeted.

Cities across Europe have been on alert for a possible New Year's Eve attack.

"I am happy that nothing has so far happened and I hope it stays that way," said interior minister Joachim Herrmann.

Between five and seven militants were thought to be planning an attack, Munich's police head Hubertus Andra said.

The city's police said they had called in reinforcements from southern Bavaria and special police units were already operating in the city.

Security concerns had already caused New Year celebrations to be cancelled or limited in other European cities.

The authorities in Brussels called off all official events after three people were detained on Thursday in connection with an alleged New Year's Eve plot.

They are being held for a further 24 hours, prosecutors said. Two other terror suspects were arrested earlier this week.