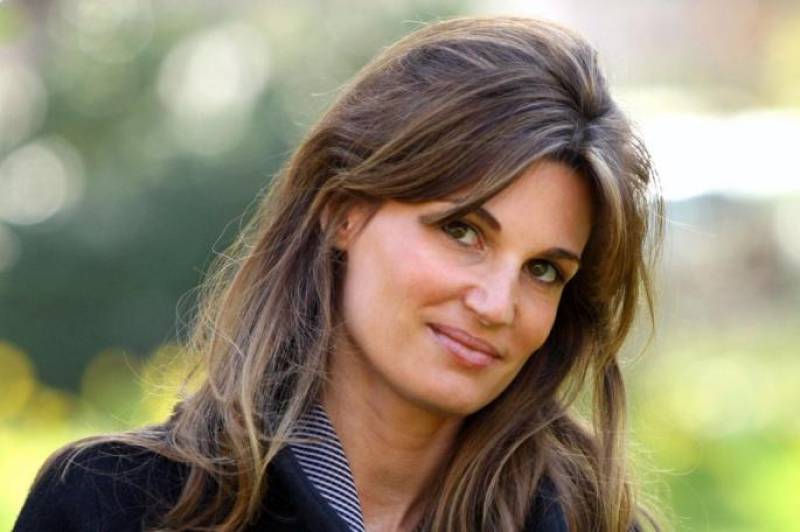 LONDON - Asking Jemima Goldsmith (formerly known as Khan) if she will be re-marring her ex husband and PTI's Chairman Imran Khan has seemingly become the favourite past-time of Pakistanis.

It seems like Jemima thought it was a good time to answer the question as we roll onto a new year.

When a Twitter user asked Jemima if she would reconsider re-marrying Imran Khan, this was her reply:

I could tweet literally anything (existential despair/ Trump’s combover/ my toothbrush) & still guarantee I’ll get at least five replies, asking, “will you re-marry Imran Khan?” 😳 https://t.co/v9rD7FbQ82

Indeed, that is a very good reply. Makes one wonder if we Pakistanis as a nation have completely failed to respect others' private lives.

Though Jemima tried to hush up the Imran Khan debate, even then the Twitterati seemed to be interested in the conversation, a glimpse of which is hilarious responses as depicted below:

hhahahahha i feel your pain but trust me, national romance continues with you 💗

Oh come on, you are very much loved by the people of Pakistan specially after assisting @ImranKhanPTI to fight his legal battle in court. We hope U wont get bored of this question and will consider it seriously. 😉
Be a brave lady as usual and get used to the Question.😜😁

This is the personal matter of two individuals so please you peoples learn some manners. These kind of questions will impact you badly.

Mam Jemima, consider the option in this question.
Khan still cares a lot for u and so do u.
We love to see u two together😍

Jemima married Imran Khan in 1995 at the age of 21 and both parted ways in 2004. The ex-couple are amicable with one another and Jemima has shown support for Imran Khan on many occasions even after their divorce. They have two children from their marriage: Sulaiman Isa Khan and Qasim Khan.