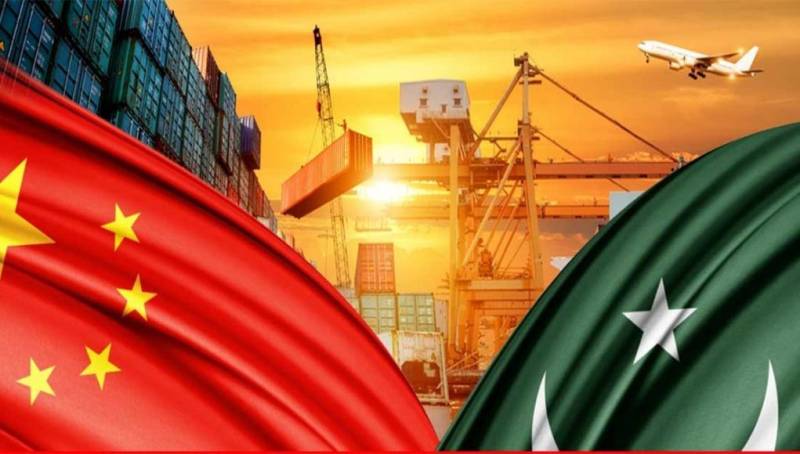 The second phase of China-Pakistan Free Trade Agreement (CPFTA) allows the Pakistani manufacturers and traders to export around 313new products on zero duty to the Chinese market, according to official sources here.

Pakistan was already enjoying zero duty on export of 724 products to China under the first FTA signed between the two countries in 2006. After the implementation of the second phase of FTA, Pakistan has been allowed to export a total of 1047 products to China on zero duty.

The new facility will particularly benefit the textile sector to enhance its export to China as textile exports to China will virtually be duty free.

There are a number of other items particularly leather and agriculture products as well as confectionery and biscuits etc which Pakistani manufacturers can export to China.

According to experts, Pakistan, can now increase its export around US$ 1 billion in the short term while the export of these items are likely to touch US$ 4-5 billion in the medium term after setting up a new industry in the special economic zones being constructed in Pakistan under the China-Pakistan Economic Corridor (CPEC) flagship project.

In the long-term, Pakistan can enhance its exports to China up to US$ 10 billion in the next few years as the volume of Chinese import market is around US$ 64 billion.

China wants to import quality products from different countries including Pakistan. If our traders actively participate in different trade fairs in China to market their goods, they can get import orders at good prices.

The present government has resolved export rebate issue and it is giving subsidy to exporters on electricity and gas. The State Bank of Pakistan has also increased funds limits for the traders and manufacturers under the export refinance scheme which will help increase exports.

Meanwhile, according to a Global Time report, the second phase of the China-Pakistan FTA is expected to further bridge the trade deficit between the two countries by boosting Pakistani exports to China.

How to narrow the trade deficit between China and Pakistan has become a very important topic in the China-Pakistan relations.

It is hoped that a significant lowering in tariff levels between the two countries will deepen trade ties by cutting the deficit, thus effectively promoting the construction of the Belt and Road Initiative and the development of the China-Pakistan Economic Corridor (CPEC).

Agricultural cooperation is a key area in which China and Pakistan will seek cooperative efforts aimed at reducing the trade deficit. Agriculture is a pillar industry of Pakistan’s economic development, accounting for about 40 percent of its economy, while China is now the world’s largest importer of agricultural products, importing about $130 billion of agricultural goods annually.

At present, agricultural departments from both countries have signed a number of cooperation agreements and Memorandums of Understanding in the fields of agricultural information exchange, training of technical personnel, processing of agricultural products and animal and plant quarantine, as well as production and maintenance of agricultural machinery.

For instance, as cotton-related products account for nearly 60 percent of Pakistan’s total exports, experts from the Chinese Academy of Agricultural Sciences are actively engaged in technology exchange and cooperation with Pakistani experts on how to improve the quality of cotton seeds. So far, the China-Pakistan Cotton Biotechnology Joint Laboratory is the only agricultural project under the CPEC program.