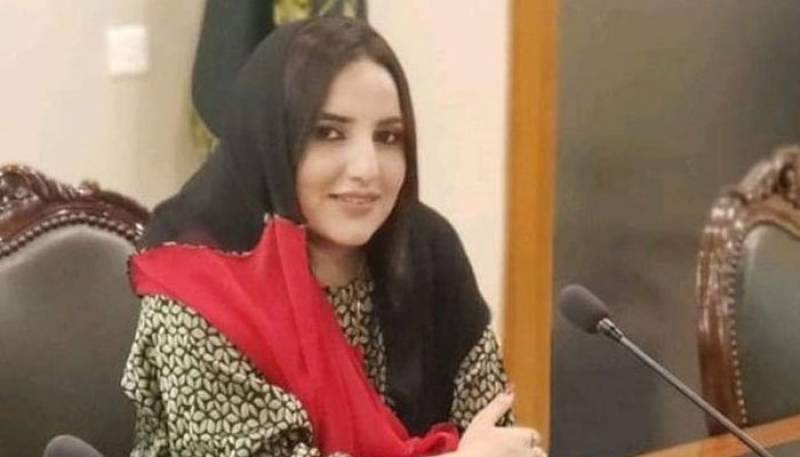 LAHORE - TikTok star Hareem Shah on Tuesday (yesterday) announced that she has applied for Canadian citizenship and will not be returning to Pakistan, according to a local media outlet.

According to the details, she is currently in Baku city of Azerbaijan. “I will fly to Canada as I have applied for Canadian citizenship and there is no plan yet to come back to Pakistan. I will fly from Baku to Canada,” she said.

Speaking about her most recent scandal, Hareem said that some people are waging propaganda against her through fake accounts on multiple social media websites.

“The information which is being spread through the fake accounts are not mine. I have only one account with handle of ‘Hareem Shah Official’,” she emphasised while adding that it was farfetched to think that she had threatened the country’s prime minister as insinuated on the internet recently.

Talking about Federal Minister for Railways Sheikh Rasheed, Hareem said that she contacted him two days ago and he was angry with her.

Shah added, “I know people are using abusive language and criticizing us but there are many fake accounts on Twitter and Facebook”.

Hareem Shah has gained popularity owing to her viral videos with celebrities, especially government ministers and officials, including Prime Minister (PM) Imran Khan and his colleagues in Islamabad.

Shah was earlier spotted inside the Foreign Office as well, following which the government had initiated an inquiry “to get to the depth of the matter and identify the person” who had allowed her access to one of the most important government buildings in the federal capital.