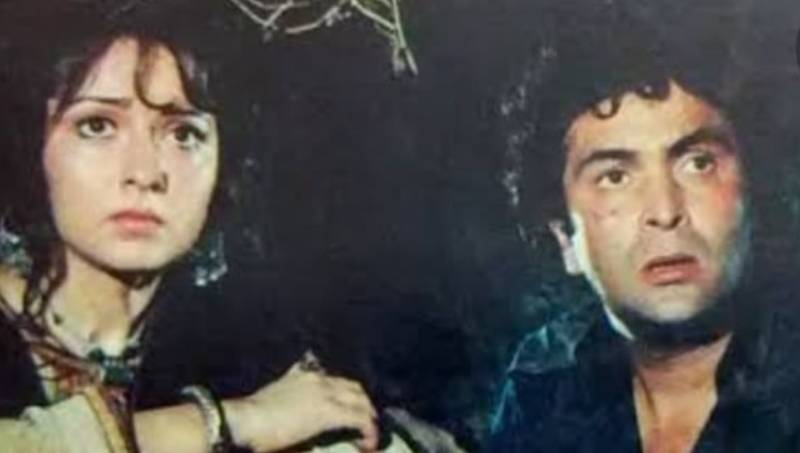 LAHORE - The gorgeous veteran Lollywood star Zeba Bakhtiar remembered her Henna co-star Rishi Kapoor who breathed his last on April 30. About how she got an Indian film offer, Zeba shared in an interview that Raj Kapoor saw her play titled Anarkali and playwright Hasina Moin recommended her to him. Raj approved of her work but he passed away before Zeba could meet him.

MUMBAI - Bollywood legendary star Rishi Kapoor has passed away at the age of 67 on Thursday morning.  The ...

Later, the actress went to India on the invitation of Randhir Kapoor to audition for Henna. Recalling her first day of shoot with Rishi Kapoor, Zeba said “I was totally new and unfamiliar with everything, so I was very, very nervous. But he made it quite comfortable for me and encouraged me a lot, so much so that in just 48 hours, I felt like the Kapoor family,  is my family.”

She shared that the first film she saw of the legendary actor before working with him was Kabhi Kabhi. She later watched Bobby and Karz.

Although Zeba last met Rishi 10 years back when she visited India but the actors stayed in touch via a landline phone and later through Whatsapp.

“Before these mobile phones came into our lives, I used to call him on his land-line phone to wish him on his birthday and Diwali,” she said.

She added “And once the trend of WhatsApp started, we communicated on that to wish each other. Also, he used to me message whenever a film of Ranbir Kapoor released and I used to make it a point to go and watch it.”

She revealed her favourite movie of the Bollywood star is definitely Henna (1991). Its a tragic Indo-Pak love story about Chander (Rishi), a man from Srinagar who accidentally strays into Pakistan and falls in love with Henna (Zeba).