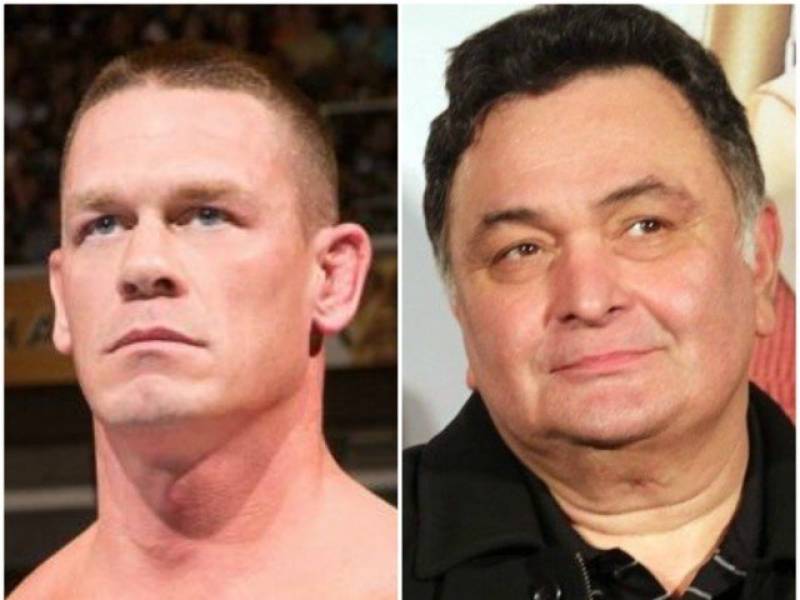 NEW YORK - Former WWE champion and Hollywood star John Cena has paid a tribute to late Bollywood actor Rishi Kapoor on social media in his own unique way. Kapoor, who was diagnosed with leukaemia in 2018, died at the age of 67 in a Mumbai hospital on Thursday (April 30).

Many sports personalities, including Virat Kohli, Sachin Tendulkar paid tribute to the veteran actor and WWE's former champion also paid his respects. Cena took to Instagram to post a photograph of a smiling Rishi Kapoor without a caption to it, but fans have left comments on it. While one fan wrote: "Legend posting about the legend," another wrote: "Legend never dies #RipRishiKapoor."

LAHORE -  After the sudden demise of two Bollywood legends Irrfan Khan and Rishi Kapoor, a scene from their film ...

This is not the first time that Cena has posted a picture without a caption. He always does that and during "Bigg Boss 13", he had taken to Instagram to post a picture of season contestant, model Asim Riaz.

Before that, he had shared a special video message for Shilpa Shetty Kundra's son and later dedicated a post on his Instagram for the actress.

MUMBAI - Bollywood legendary star Rishi Kapoor has passed away at the age of 67 on Thursday morning.  The ...