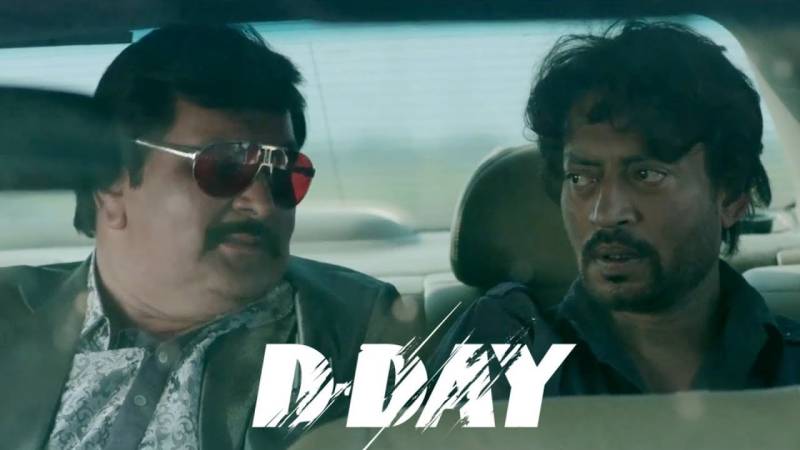 LAHORE -  After the sudden demise of two Bollywood legends Irrfan Khan and Rishi Kapoor, a scene from their film D-Day has been going viral on the social media. Their fans and followers have been clinging on to scenes from the 2013-released film D-Day, which shows both the recently passed away actors in one frame, heightening the emotions of heartbroken fans.

The viral photo shows Irrfan Khan and Rishi Kapoor sitting in the backseat of a car, where the former was essaying the role of undercover RAW agent Wali Khan while the latter played Iqbal Seth aka Goldman.

Speaking about working with Rishi on the film, Irrfan had in an earlier interview with Filmfare stated: “My cousin is his ultimate fan, though I have watched all his movies. I never thought I had it in me to be a Rishi Kapoor. He is hot liquid. He has worked on cultivating his craft so well and he is one of those stars you never have enough of, even if he is doing the same thing, movie after movie. I think that’s what makes his second innings so spectacular. He doesn’t have to be a star anymore, so he is having a blast being an actor.”

Below are some of the tweets in remembrance of the Bollywood legends :