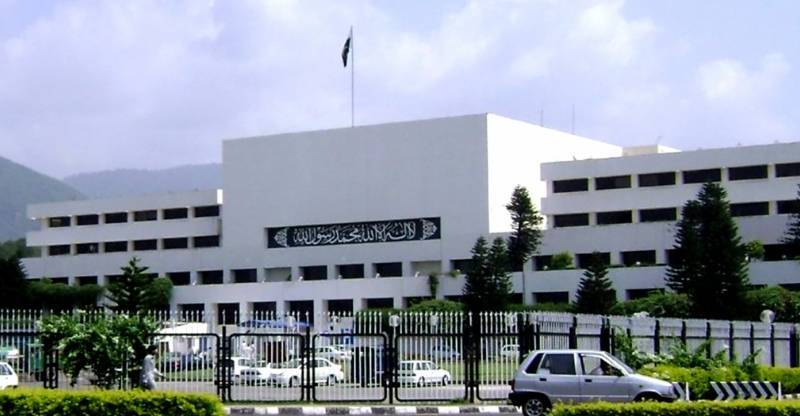 ISLAMABAD – A meeting of the Parliamentary Committee on National Security is underway at the Parliament House to discuss key issues, including the worsening situation in Afghanistan and national security.

Reports in local media suggest that an in-camera session of the Parliamentary Committee has commenced for the briefing about the situation in Afghanistan, India, and Indian Illegally Occupied Jammu and Kashmir (IIOJK).

Top opposition leaders have also attended the meeting as they will be taken into confidence with regards to the recent developments, Foreign Minister Shah Mehmood Qureshi told media reporters. FM Qureshi, while speaking with a private news channel, said that the Prime Minister will not attend today’s meeting.

The in-camera meeting of the Parliamentary Committee on National Security was chaired by the Speaker of the National Assembly Asad Qaiser.

Participants attending the meeting were not allowed to carry mobile phones while a large screen for briefing has also been installed in the National Assembly Hall.