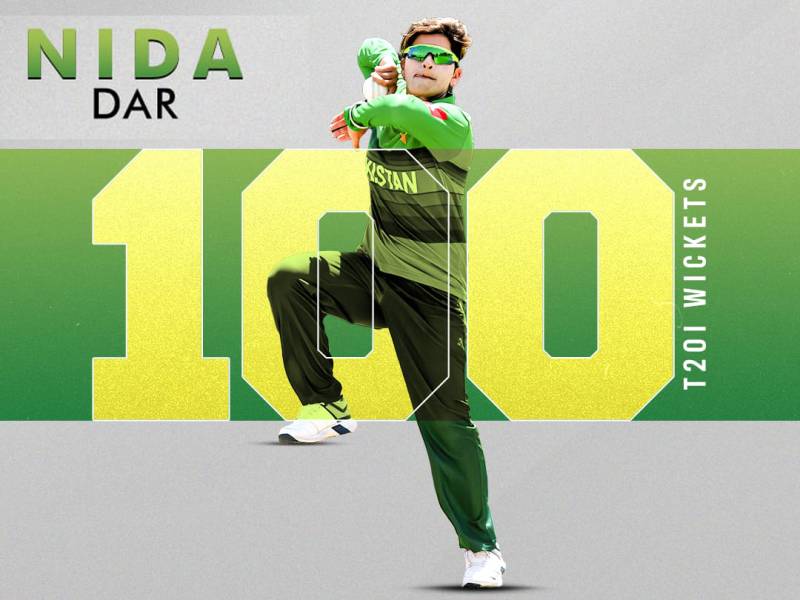 The 34-year-old achieved the feat on Wednesday in the first of the three T20Is between Pakistan Women and West Indies Women when she dismissed Deandra Dottin in the 10th over of the first innings.

Dar holds the title of the fifth bowler in the women’s game to join the 100-T20I wickets club. Despite Pakistan’s loss against Windies, Dar has made a record and became the first-ever Pakistani bowler to reach the milestone.

The Pakistani star said it’s her dream to achieve this milestone for a long time and fortunately she has now become the first-ever Pakistani bowler with 100 wickets in the T20s.

Felicitating the Gujranwala-born cricketer, Khan said ‘This is no mean achievement and is a testimony of the hard work and dedication Nida has put in over the years.’

Adding that, ‘It is a great moment not only for her but the whole nation as she is also the first Asian woman bowler to record this landmark. Nida is an icon and inspiration to millions of young girls who are passionate about cricket and follow the game.’

Furthermore, the other four women bowlers to have crossed the 100-wicket mark in the shortest format are Anisa Mohammed (120), Ellyse Perry (115), Shabnum Ismail (110), and Anya Shrubsole (102). From the Asian teams, Poonam Yadav of India, with 95 wickets, follows Pakistan’s Dar in the list of highest T20I wicket-takers.

KARACHI – Pakistan's T20 Captain Babar Azam on Saturday set another record after he became the first-ever ...

Former Pakistani captain Sana Mir has the second most wickets with 89 scalps at 23.42, while Sadia Yousuf, who took 57 wickets in a career that spanned from 2010 till 2017, and Anam Amin holds the title of 54 wickets at 20.22 are the other two bowlers with more than 50 T20I wickets.

On the other hand, Pakistani legendary former all-rounder Shahid Afridi holds the title with 97 T20I wickets.