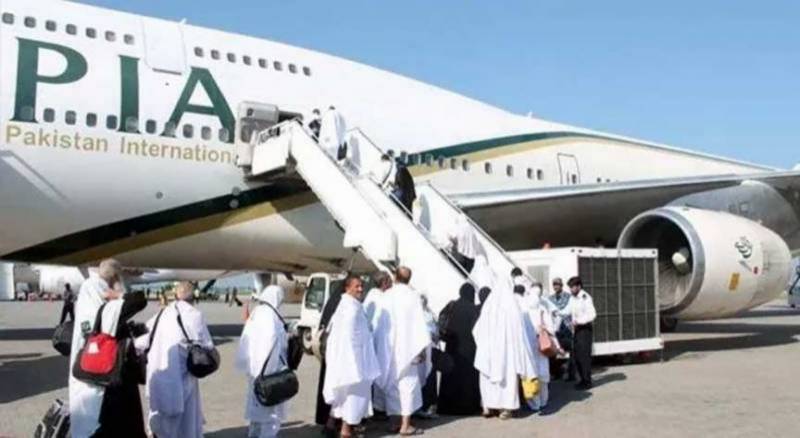 ISLAMABAD – More than 55,700 Pakistani pilgrims have reached Saudi Arabia to perform Hajj rituals since June 6 when a special flight operation was launched.

Kingdom allowed up to one million people join the Hajj pilgrimage this year, expanding it to foreign pilgrims after two years of Covid pandemic.

Pakistan has been allotted a quota of 81,132 pilgrims for this year’s Hajj, with 32,000 people using a government scheme and 48,000 traveling using private operators.

The Pakistani Ministry of Religious Affairs said in a statement that over 55,700 pilgrims have so far reached Hijaz-e-Muqaddas, including 33,000 pilgrims under the government and 22,000 under private Hajj Scheme.

The special flight operation will end on July 3 under the government scheme,

The kingdom has launched Road to Makkah initiative in several countries, including Pakistan, to make the travel procedure easy for the pilgrims.

Under the initiative, pilgrims are able to complete all the immigration requirements at the airports of origin, instead of waiting for several hours at airports in Saudi Arabia. Upon reaching the kingdom, they can enter the country without going through the immigration process.

JEDDAH – Saudi Arabia has announced that only Hajj pilgrim will be allowed to perform Umrah between June 24 and ...