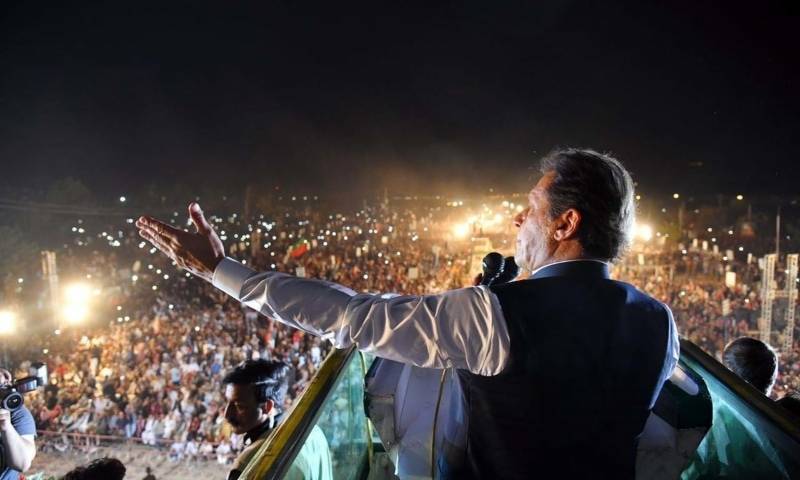 A notification issued by District Magistrate, Imran Khan-led PTI was given permission to use the venue of Parade ground by concerned quarters.

The notification cited that PTI members submitted an undertaking with regard to the terms and conditions to be followed by them as well as the organizers of the mass gathering. 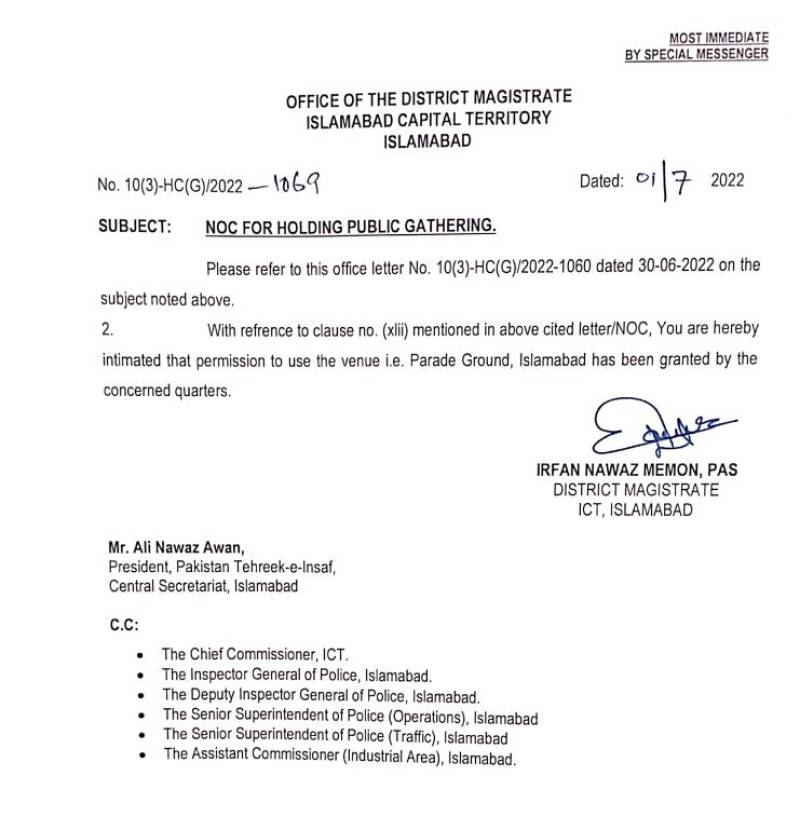 PTI agreed to conditions for holding the mass gathering as protesters are bound not to disturb or disrupt the fundamental rights of citizens of Islamabad and adjoining areas and no highway shall be blocked.

Meanwhile, Section 144 is imposed on the gathering of persons within the one-kilometer radius of the Red Zone while the internal security of the rally will be arranged by the organizers.

PTI chief earlier slammed the coalition government amid skyrocketing inflation which according to him comes on the heels of a foreign conspiracy.