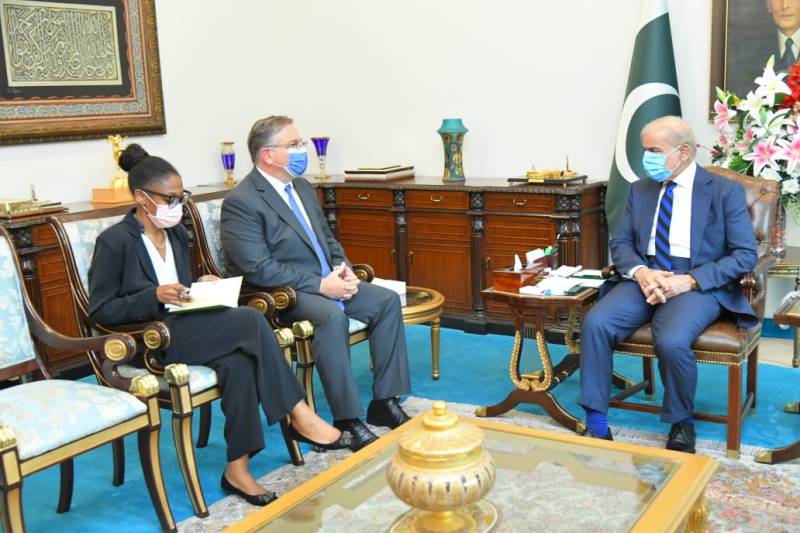 PM congratulated the envoy on his presentation of credentials and expressed hope that the latter would devote his efforts to deepening and enhancing bilateral ties.

A report of state broadcaster said the premier underscored Islamabad’s desire to further develop relationship between the two sides on the basis of mutual respect, trust, and interest.

Recalling the depth and breadth of ties, the Prime Minister underscored that various Dialogues established between the two sides have been playing a critical role in strengthening bilateral ties in the areas of trade, investment, IT, climate change, health, and energy.

He also pointed out committing grave violations of human rights in the Indian Illegally Occupied Jammu and Kashmir.

Meanwhile, Donald Blome thanked the Prime Minister for receiving him and reaffirmed Washington’s commitment to further strengthen and reinforce Pakistan-US ties. He also thanked Pakistan for its prompt and effective assistance in facilitating the evacuation from Afghanistan.

Blome also appreciated Pakistan for its prompt and effective assistance in facilitating evacuation from Afghanistan.

ISLAMABAD – Donald Armin Blome has assumed charged as new US ambassador to Pakistan, announced the ...

Earlier this year, the US Senate approved Ambassador Blome, a career diplomat, as envoy to Islamabad. He is the first full-time ambassador in Pakistan since August 2018 when the American envoy David Hale returned home after completing his term.