Donald Blome assumes charge as new US ambassador to Pakistan 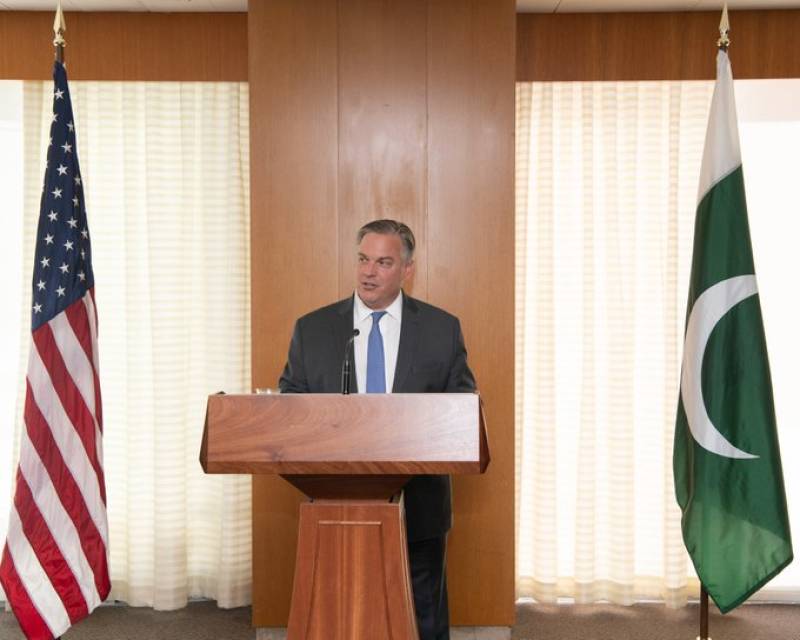 ISLAMABAD – Donald Armin Blome has assumed charged as new US ambassador to Pakistan, announced the country’s mission on Twitter on Saturday.

In a video message, the newly-appointed ambassador said that he felt honourted to represent his country in the South Asian country.

“We are proud of our long-standing partnership with Pakistan. In fact, our relationship began 75 years ago, very shortly after Pakistan gained independence,” Blome said.

“We live today in a world full of challenges, and we can address those challenges most effectively by working together side by side. I look forward to deepening the connections between the Pakistani and American people, which have a rich history, and an even brighter future.”

He also expressed his wish to explore “Pakistan, from Karachi to Lahore, Peshawar to Gilgit-Baltistan, and all the place between”.

We have a long-standing partnership and rich history with Pakistan. Ambassador Donald Blome has a message for Pakistan and Pakistanis near and far as he begins his tenure as the U.S. Ambassador to Pakistan. #PakUSAt75 pic.twitter.com/peWUOiMeZ3

“Today, I had my first encounter with Pakistan’s historic jingle trucks and learnd about the art and the artist who have made this such a distinct and characteristic art form in Pakistan,” he said.

Donald Bloom, who is said to be fluent in Arabic, was earlier posted as the US Charge d’affaires at the Libyan Foreign Office in Tunis. He also worked as the Consul General at the US Consulate in Jerusalem, and the Director of the Office of Arabian Peninsula Affairs at the US State Department.

ISLAMABAD – The United States State Department has issued the agrément for the appointment of Sardar ...