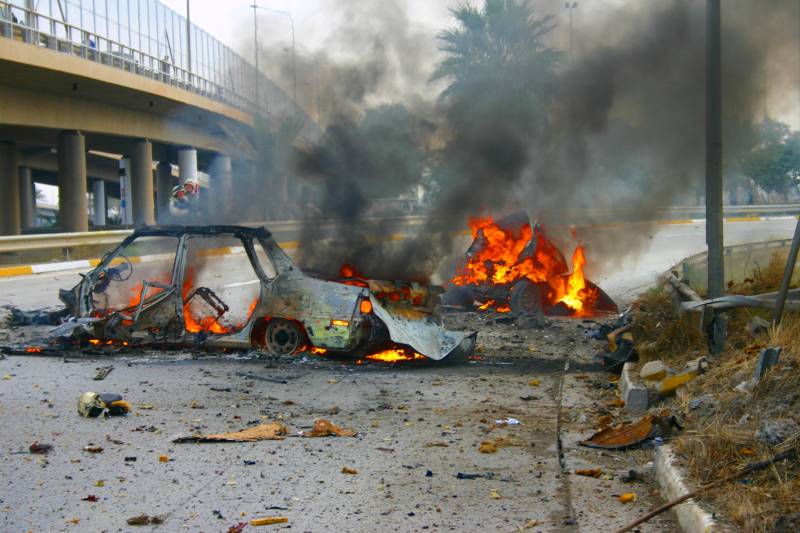 BADGHDAD (Web Desk) - At least 45 Iraqi police officers have been killed in an attack by Islamic State (IS) militants in Samarra of Anbar province, security officials say.

Suicide bombers rammed three vehicles packed with explosives into a base in the Tharthar area, on a road connecting the cities of Falluja and Samarra.

Several high-ranking officers were among the casualties, one source told the BBC.

Anbar has been the scene of fierce fighting between pro-government forces and IS militants in recent weeks.

A volunteer force of mostly Shia militias has launched an operation to regain control of the provincial capital, Ramadi, which fell to IS last month.

A security source in the Anbar Operations Command told the BBC that three car bombs and an armoured Humvee captured by IS were used in Monday's attack on the headquarters of the 3rd Battalion of the Iraqi Federal Police's 21st Brigade.

Several senior officers were killed and the commander of the 9th Brigade, Brig Gen Moussa Haider, was among the 33 wounded, the source added.

Separately, a senior security source in Anbar told the BBC the "final touches" were being put to a plan to drive IS out of Ramadi and that it would begin within days.

The source said six Iranian-made Zelzal-2 rocket launchers had been transported to the frontline in Anbar. The Zelzal-2 fires unguided rockets carrying 600kg (1,320lb) warheads and has a range of 100 to 300km (60-185 miles).

Three-thousand fighters had also completed basic training near Habbaniya military base, east of Ramadi, in preparation for the assault on the city, the source added.