Google doodle turns into a cricket game for Champions Trophy 2017

The game features a match between crickets vs snails, which is a veiled reference to the fact that the game would work even on a slow networks including those on smartphones.

The internet giant kept it simple: all you have to do is tap or click to swing the bat and watch as you either hit the ball around the field or see the bails knocked off. 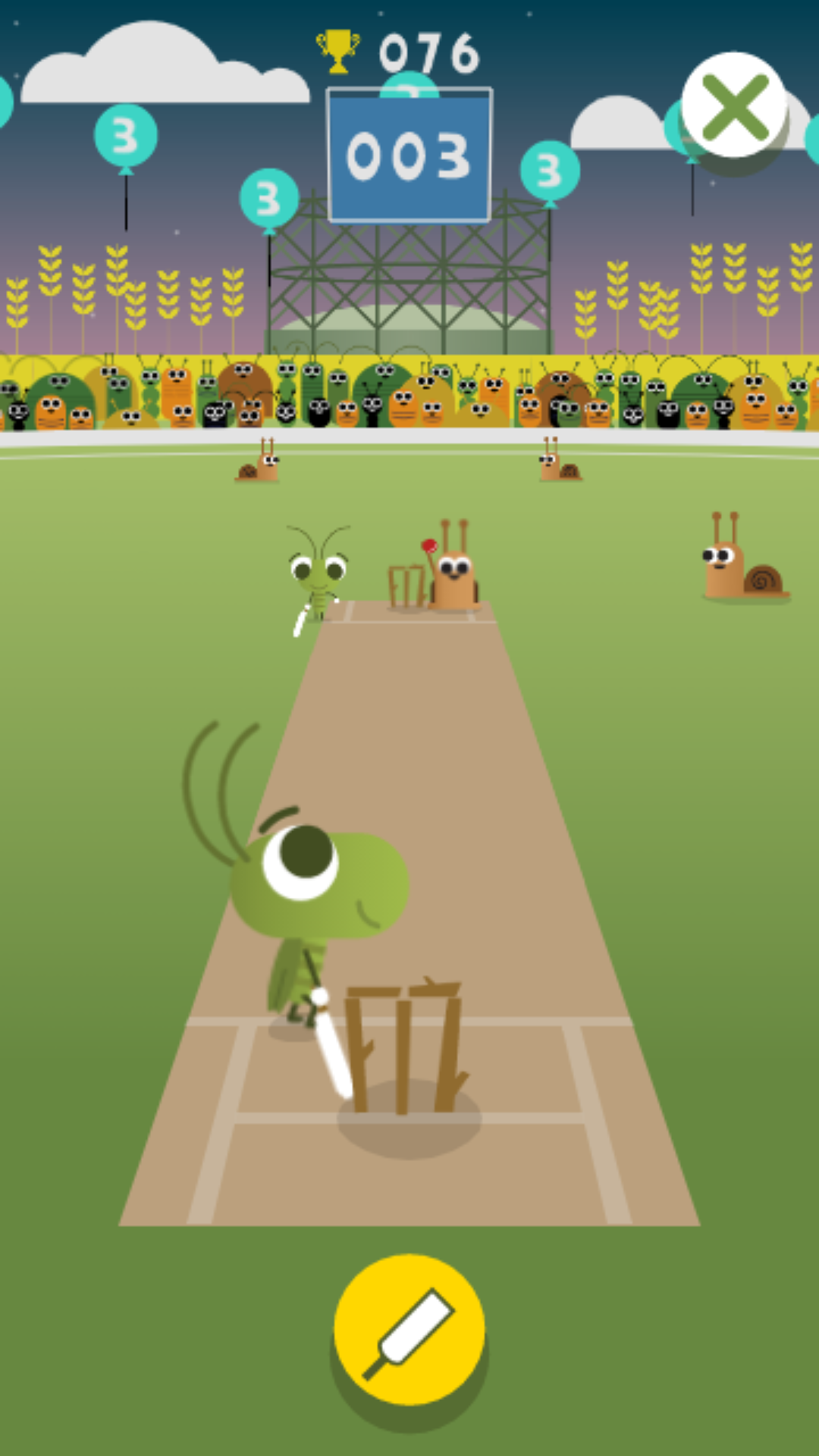 According to the Google Doodle's team blog post, "Ah, summer: the sound of leather on willow, and the spectacle of cricket ... cricket! As the tournament begins in the Oval cricket ground, something buzzes outside. A team of crickets sans tickets have set up their own wickets for a game of pest cricket! As they face their arch rivals, the snails, it's sure to be a match for the centuries. Don't be fooled by their sluggish looks -- these fielders can be fast on their feet!"

Adding, "To celebrate the 2017 ICC Champions Trophy, we're inviting everyone to tap/click and take a swing at our pocket-size game!We know that cricket is loved worldwide, so we wanted to make sure our Doodle works for everyone, including those on slower mobile networks. We kept the file size fly-sized, and the result is our smallest interactive Doodle ever -- even snail networks can load it in seconds.Whether you're enjoying the tournament at a snail's pace or bowling faster than the beat of a  ..

The Champions trophy will start today with the first match between England and Bangladesh at the Oval. Pakistani cricket fans are eagerly waiting for the cut-throat contest with India on Sunday.