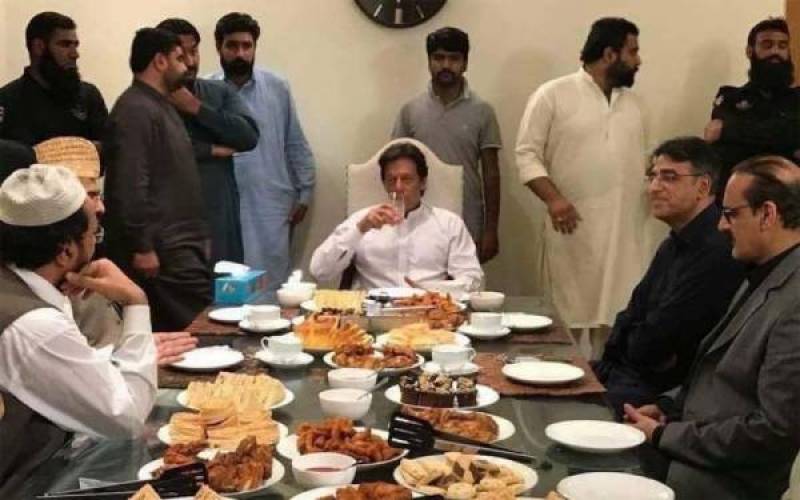 LAHORE - Social media, where it is the most important source of information, is also turning on some fake news which users start to spread it without verifying it. If investigated, such fake news can be prevented from spreading.

According to the details, a photo of Imran Khan on social media circulated rapidly in which he was sitting with other leaders and taking juice.

The photo carried a caption asking why Imran, being a leader, was breaking his fast before 6 o' clock, when it was not iftar time. 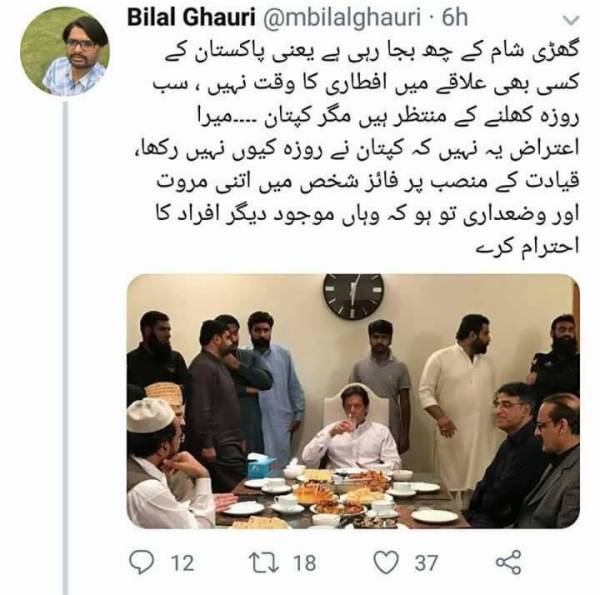 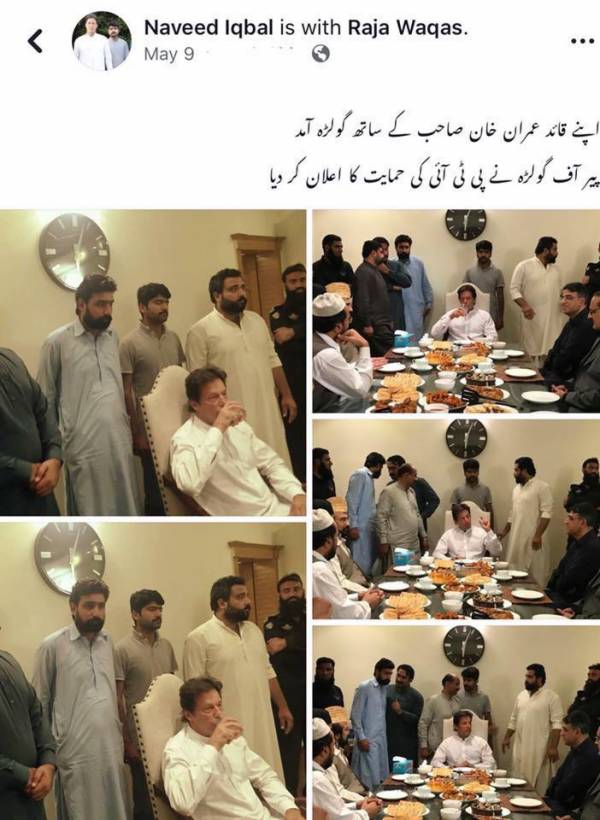 In reality, the picture was taken on May 9, before Ramzan, when Imran Khan was visiting Golra Sharif.

This picture was shared by a PTI worker Naveed Iqbal on social media titled, "Arrived at Golra Sharif with his leader Imran Khan and Pir of Golra Sharif announced his full support to PTI."