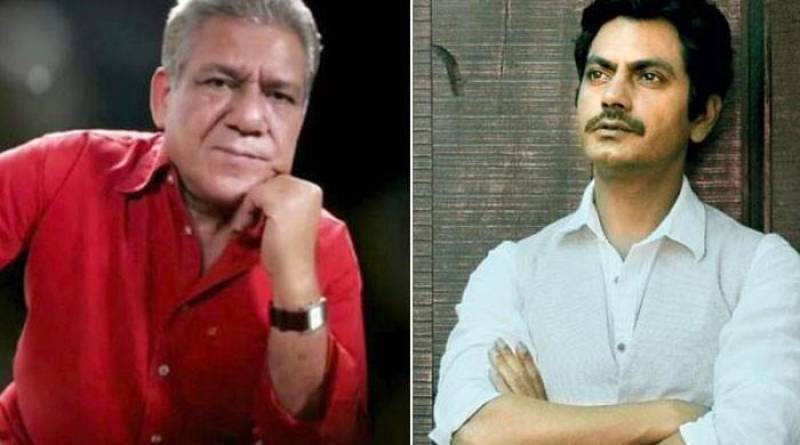 Even after the Oscar zeal and fervor seems to be over, talk about it never fails to subside so easily..

On Monday, Bollywood's rising talent Nawazuddin Siddiqui (known for his roles in Raees and Gangs of Wasseypur, as well as alongside Om Puri himself in Bajrangi Bhaijaan) took to Facebook in extreme disappointment over the lack of acknowledgment by Indian awards for veteran late actor's contribution to the Bollywood film industry.

Nawazuddin reacted both on Facebook and Twitter after Puri was honoured at the 89th Academy Awards ceremony in their 'In Memoriam' segment', amongst all other celebrities who had passed away recently: Carrie Fisher, Anton Yelchin, Prince, Gene Wilder, Curtis Hanson, Michael Cimino, Patty Duke, Garry Marshall, Mary Tyler Moore, and John Hurt.

The 5,710 shares of his Facebook post indicates to show us the fact that this underlying issue resonates deeply within the hearts of thousands of people around the globe.

While Puri is certainly a part of the RIP montage that Indian award shows showcase every year, Siddiqui is of the opinion that he deserves a lot more, and to sideline his departed soul at their award functions is rather like disservicing his legacy.

“The only Indian actor to have worked consistently in Hollywood and British cinema for the last 25 years, without a fuss and letting his work speak for itself, today the Academy of Motion Pictures acknowledged his contribution at its 89th Awards. The first and only Indian actor to be acknowledged thus. Thank you Academy. Thank you everyone. We miss you Om. We miss you lots,” the celebrated late actor's family spoke to Indian Express.