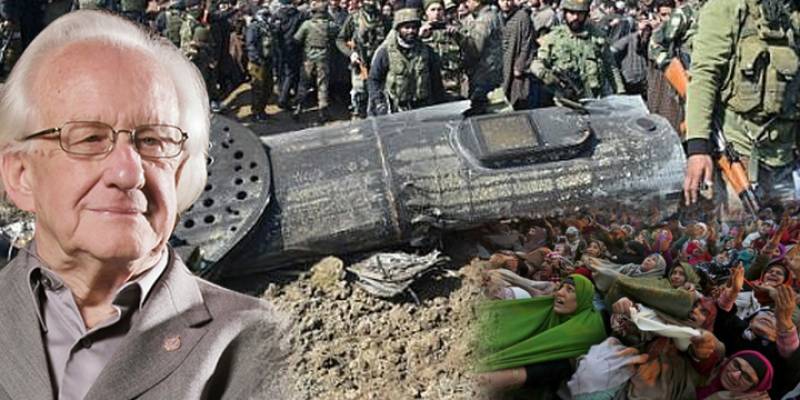 ISLAMABAD – For more than 70 years Pakistan and India have been locked in a conflict over the restive region of Kashmir, which is back in the headlines again this week.

On Wednesday Pakistan shot down two Indian aircraft over the Line of Control, which divides the region of Jammu and Kashmir, just one day after India claimed its air force had launched air strikes against an alleged militant camp in Pakistan’s northern territory.

The alleged ‘Surgical strikes’ came days after New Delhi accused Islamabad of playing a direct role in a suicide attack that killed 44 Indian paramilitary soldiers in Indian-occupied Kashmir -- the deadliest on security forces since the beginning of the insurgency in the late 1980s.

Pakistan has vehemently denied having any role in the incident, which India says was carried out by Pakistan-based terrorist group Jaish-e-Mohammed (JeM).

With their armed forces facing each other on both sides on the 2,200 kilometres long border, heightened tensions between the two nuclear-armed neighbors are cause for great concern – but the longest-running conflict (of Kashmir) on the planet still remains unresolved.

While many in both the countries - Pakistan and India - don’t know a peaceful solution to Kashmir issue, Johan Galtung, a Norwegian sociologist and professor of peace studies, has recommended solution to the decades-old-conflict in his newest book.

The Simla Accord in 1972 mandated Indo-Pak bilateral negotiations which so far have not delivered peace. If the approach is not wrong but incomplete, then add the following:

[b] Indo-PAK NGO roundtables for dialogue-negotiation

All could be tried, and simultaneously for synergy effects. If [c] is attempted big powers with obvious interests in the area, such as USA and China (seen as pro-Pakistan) and UK and Russia (seen as pro-India, and then the UK is also the former colonial power) should have the good sense of staying away. So should UNSC as the sum of biases is not Dolma be creative and useful.

The following is an image of possible outcomes that may one day be acceptable to most parties in the conflict:

A. Differential Center-Periphery Relations in the Indian Union

For the center in New Delhi to have the same relations to all states makes sense in a colonial-bureaucratic setting, but may produce continued violence. That violence should not be construed as a demand for secession-independence when what is being asked for is autonomy in some fields. Thus, in Western Europe the countries not EU members all cooperate with EU, and two EU members (Denmark and the UK) have autonomy in very important fields. India is twice the size and more complex. Kashmir is not the only part interested in negotiating, say, less federal, more confederal ties: so might Nagaland, and some others. The process will be painful. But “in strength there is weakness, and in weakness strength”; flexibility will serve them all.

B. Differential yet cohesive policies to the parts of Kashmir

An undifferentiated policy for a Kashmir with three or four parts makes sense only in a colonial-bureaucratic setting, but guarantees continued violence. That violence should not be construed as a demand for secession-independence when autonomy in some fields may be the solution, ruling out three options:

• full integration with India (the Instrument of Accession),

• if Jammu and Ladakh want integration with India, so be it;

• if Azad-Kashmir wants integration with Pakistan, so be it;

• for the Valley: if autonomy and devolution within India on the lines of the 1952 or 1974 constitutional provisions is what is wanted, so be it (the National Conference, Shabbir Shah?).

[a] Indo-Pak transitional condominium for the Valley.

[b] Indo-Pak cooperation in softening the Line of Control;

[c] Civil society cooperation across the border-LoC: union of families, cultural cooperation, local economic cooperation. This is needed everywhere, also to overcome the effects of globalization;

This does not address arms merchants and mercenaries wanting profits and youth in alienating societies seeing violence and rape not only as “the best show, but the only show in town.” But they will dwindle away. And the Siachin glacier could become a human heritage monument dedicated to peace. (981,065)

Predominantly Hindu India and Muslim-majority Pakistan have fought three wars since 1947, when the two nuclear powers both gained independence from the UK, and came close to another in 1999.

Wars in 1947 and 1965 were fought directly over Kashmir, and ongoing violence has killed more than 47,000 people since 1989. This toll, however, doesn't include people who have disappeared due to the conflict, and some human rights groups and nongovernmental organizations put the death toll at twice that amount.

Kashmir initially remained independent and was free to accede to either nation. When the Hindu king of the princely state, Maharaja Hari Singh, chose to join India in exchange for military protection, Jammu & Kashmir became the only Muslim-majority state in the South Asian country. 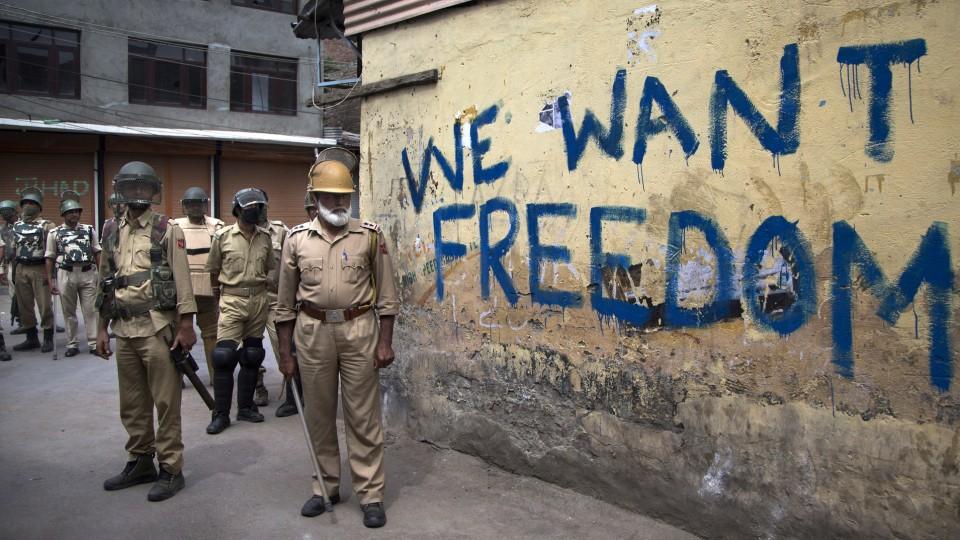 Jammu & Kashmir covers around 45% of Kashmir, in the south and east of the region, while Pakistan controls Azad Kashmir, Gilgit and Baltistan, which cover around 35% of the total territory in the north and west. Both countries claim complete ownership of Kashmir; also in the picture is China, which controls around 20% of Kashmir territory known as Aksai Chin.

The issue is also one of the oldest items on the agenda at the United Nations, where India and Pakistan took their dispute soon after independence.

Both countries agreed to a plebiscite in principle, to allow Kashmiris to decide their own future, but it has never been held because it was predicated on the withdrawal of all military forces from the region, which has not happened even decades on.

Indian authorities wanted to show that they could guarantee the rights of Muslims in a secular state, but Kashmir is also key to Pakistani identity as a homeland for Muslims after partition in 1947

Both countries have maintained a fragile ceasefire since 2003, although the two rivals regularly exchange fire across the border.

And the situation has now escalated to a new level, with both Pakistan and India staying on high alert in the backdrop of exchange of heavy fire on LoC, and aerial engagements over the divided territory. 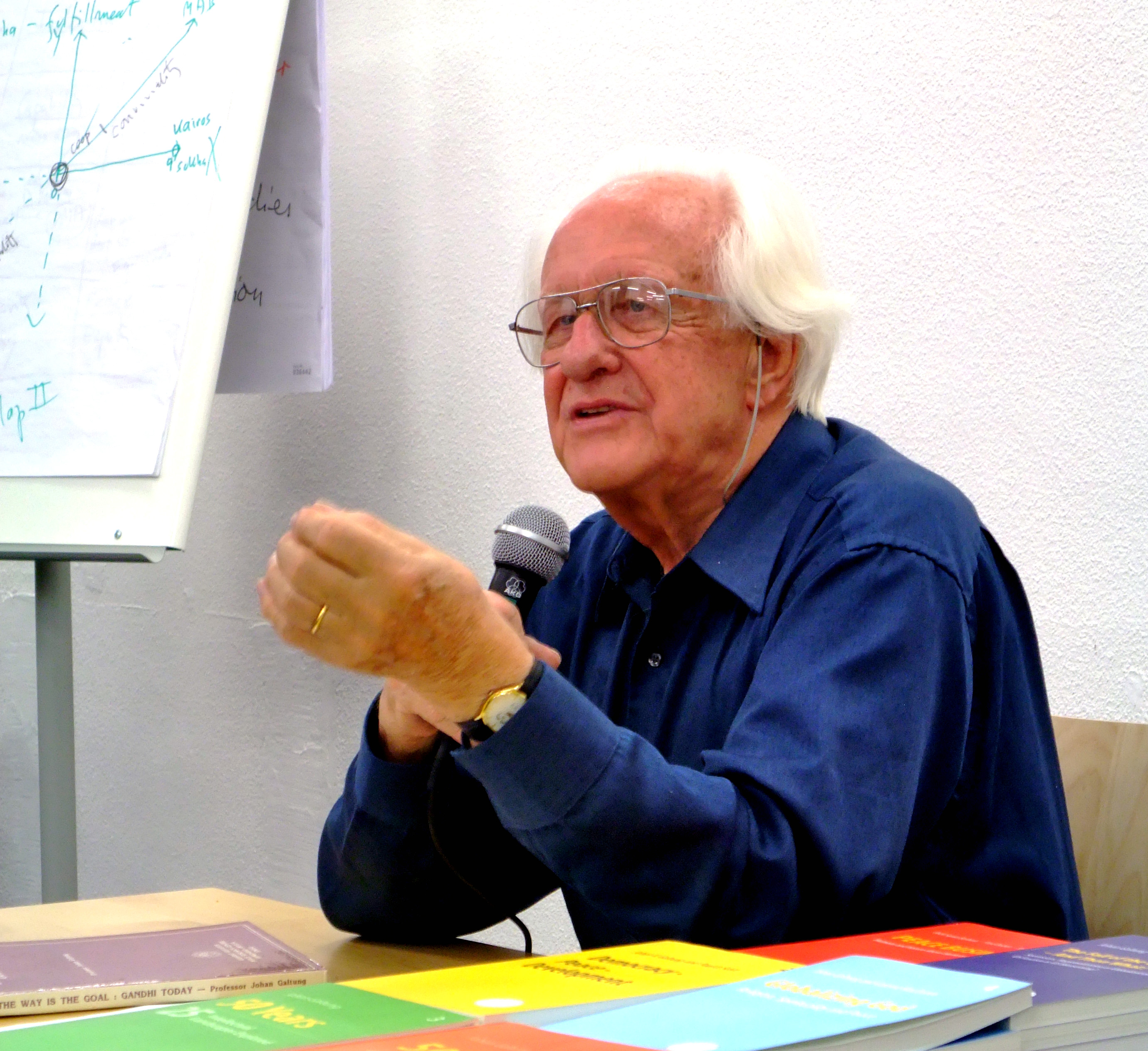 Johan Galtung, born 1930 in Oslo, Norway, lives in Spain, France, Japan and the USA and is mainly engaged in mediation and research. He is a mathematician, sociologist, political scientist and the founder of the discipline of peace studies. He founded TRANSCEND: A network for Peace and Development, in 1993, and was a rector of TRANSCEND Peace University 2003-2007.

He is author or co–author of more than 170 books on peace and related issues, 96 as the sole author. More than 40 have been translated to other languages, including 50 Years-100 Peace and Conflict Perspectives published by TRANSCEND University Press.

He is a recipient of over a dozen honorary doctorates and professorships and many other distinctions, including a Right Livelihood Award (also known as Alternative Nobel Peace Prize).