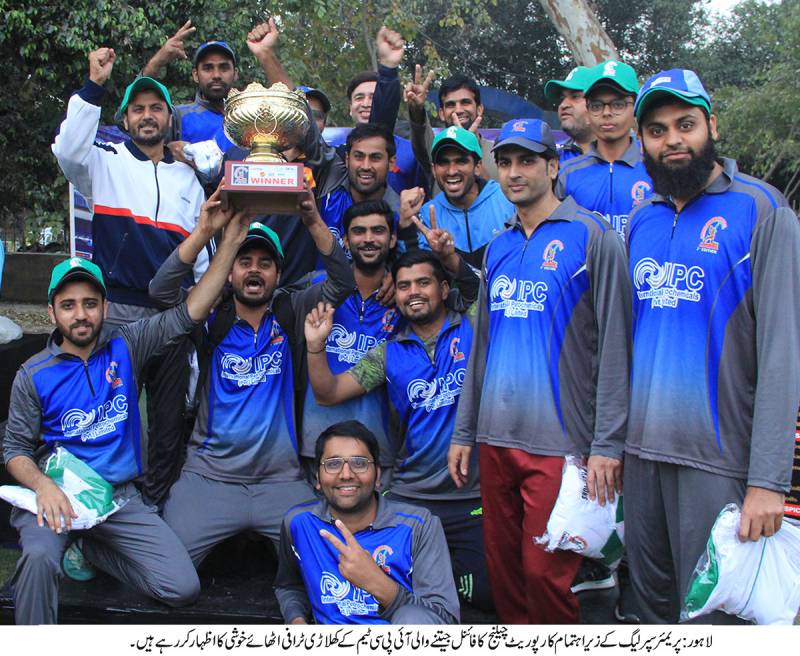 IPC team, batting first, posted 193 runs on the board for the loss of six wickets in the stipulated overs. Umair Azam emerged as top scorer with convincing 80 runs while Mohammad Siddique and Ahmad Raza claimed two wickets each. In pursuit of the required target, DPS team could score 172 runs. Ali Arham slammed 65 runs while Danish Ehsan bowled brilliantly and clinched three wickets.

Speaking on the occasion, chief organizer Faheem Mukhtar Butt said: “The Corporate Challenge Cup was organised by Premier Super League. Cricket is gaining popularity in the corporate sector, with the encouragement of all the teams, the tournament was completed in a better manner. Now we are going to start Professor Mukhtar Ahmad Butt Memorial T20 Corporate League, in which eight teams will exhibit their prowess and the top performing side will emerge as title winner.”