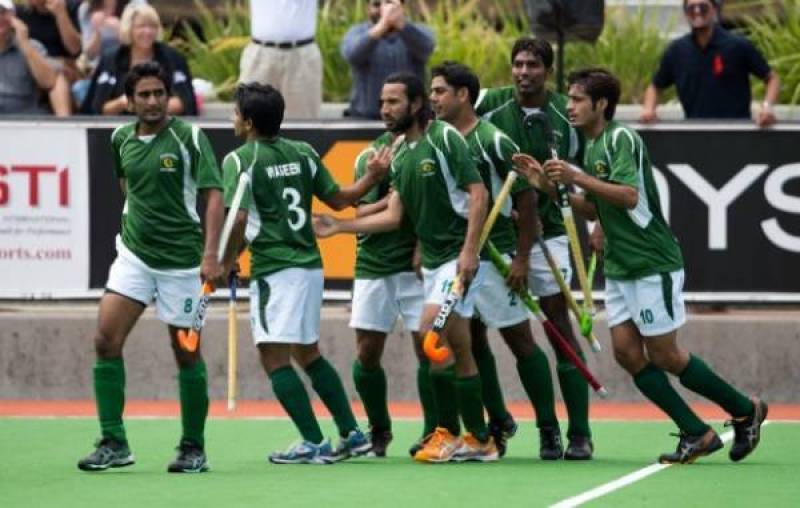 LAHORE - Pakistan routed Chinese Taipei 14-0 in a classification match to finish third in the boys U-18 Junior Asia Cup Hockey Tournament on Friday at Dhaka, Bangladesh.

The green shirts led the first half 10-0, according to the information available here. Pakistan junior dumped their opponents with the addition of goals at regular intervals and continued their pressure throughout the match to gain a wide-margin victory.

On the other hand, India overpowered Bangladesh 5 - 4 in the final to become champions.

Congratulations on the win to @TheHockeyIndia! India score in the final 20 seconds to clinch the 4th Men's U-18 Asia Cup on 30 Sep 2016! pic.twitter.com/2HbGmErn2Q