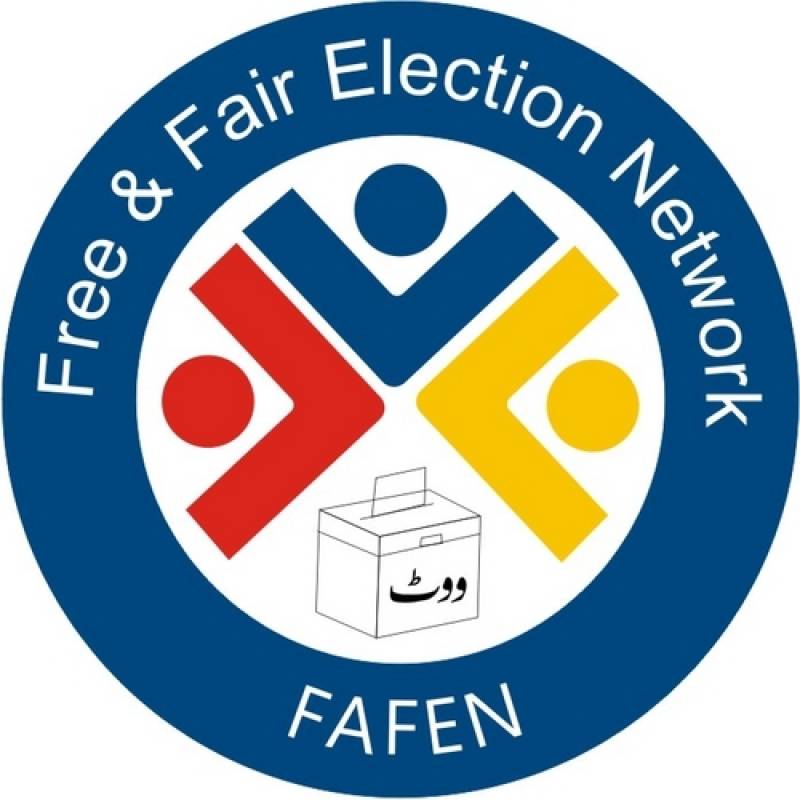 ISLAMABAD (Web Desk) -  Free and Fair election Network (FAFEN) has on Sunday exposed the performance of Election Commission of Pakistan (ECP) in the recent Local Bodies polls in Punjab, Sindh.

Fafen has reported in its report that LB polls were proved bloody in Sindh where two parties stormed at each other with arms and killed 12 people, same was the situation in the Punjab.

Police was deployed inside the Polling station, ECP had no grip on the LB polls and everyone in LB polls have denied the code of conduct of ECP.

Favoratism was the part of the elections and high profile personalities were visiting th polling stations again and again.

It is to be kept in mind that Pakistan Muslim League Nawaz has won the LB polls contest in Punjab with huge margin, where Pakistan Peoples Party has won the ground in Sindh.

The Free and Fair Election Network (FAFEN) is a non-profit NGO knowing a commitment to “Fair Elections, Open Parliament and Good Governance in Pakistan.” It was established in 2006.