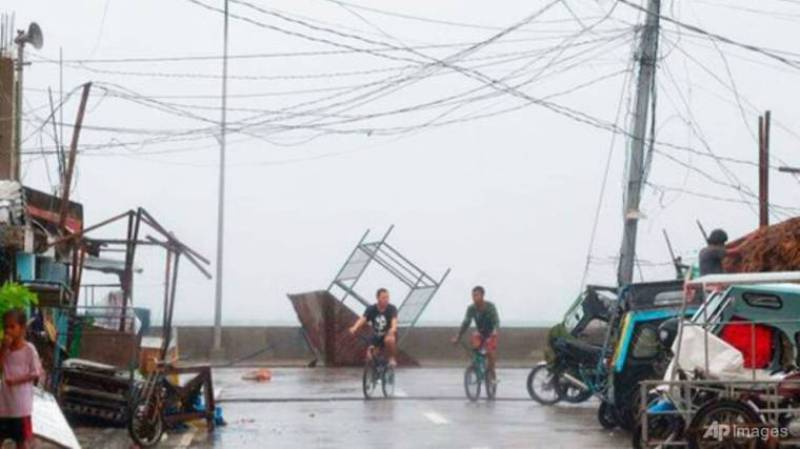 The Philippines state weather service said that within the next 12 hours, catastrophic violent winds and intense to torrential rainfall are expected to hit south of Manila and will continue into the South China Sea.

Strong wind was blowing west toward densely populated regions, including Manila, and rain-soaked provinces still recovering from a typhoon.

Meanwhile, the capital’s main airport has been shut down.

There were initial reports of deaths, including a in Albay province, but authorities said they were still verifying the details.

Residents have been warned of likely landslides, massive flooding, storm surges of up to 5 meters (16 feet).