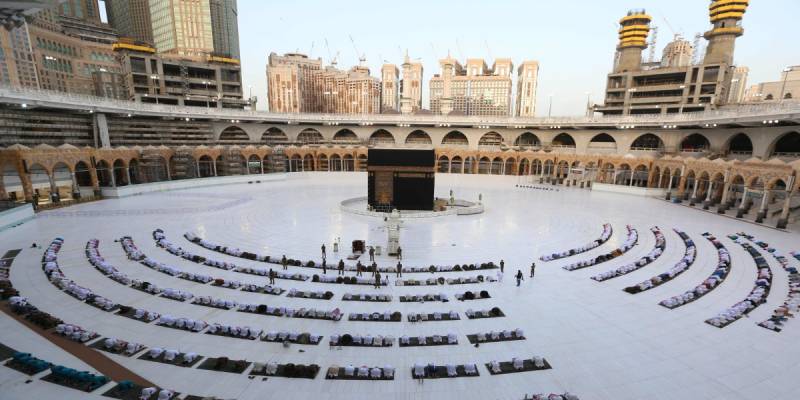 The Saudi Arabia government has announced fresh measures for the Umrah pilgrimage, which was suspended for six months due to the coronavirus outbreak.

The barricade placed around the Kaaba and the holy Black Stone will remain in its place and visitors will be prevented from touching them.

Masjid al-Haram will be disinfected 10 times a day, while quarantine rooms have already been established for visitors having symptoms of COVID-19.

Meanwhile, the Organization of Islamic Cooperation (OIC) has called on Umrah performers to protect themselves and their families by adhering to the preventive measures approved by the authorities of Saudi Arabia.

In a statement, Secretary General, Dr. Yousef bin Ahmed Al-Othaimeen said the OIC congratulates Muslims around the world for the return to Umrah after temporary suspension.

He also called on the Muslims to follow Saudi Arabian Ministry of Health protocols.