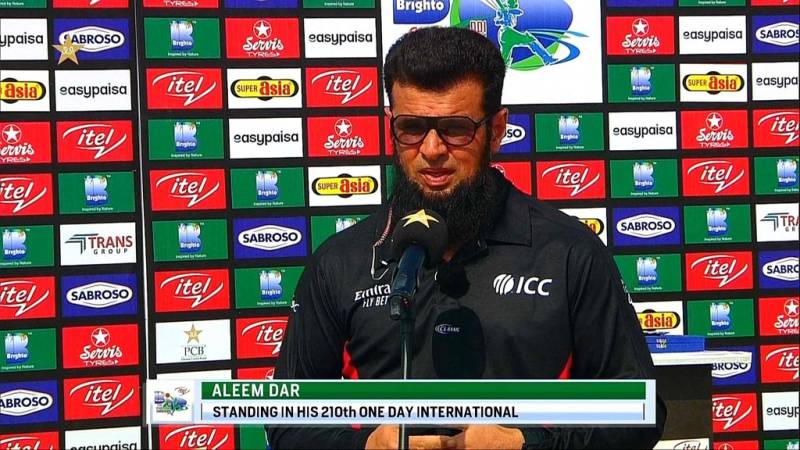 LAHORE – Pakistani cricket umpire Aleem Dar has set another record during the second One-day International between Pakistan and Zimbabwe at the Rawalpindi Cricket Stadium on Sunday.

Dar, 52 went past South African Rudi Koertzen for the most ODIs as an on-field umpire.

He already holds the record for officiating in the most international matches (387) and 132 test matches.

In a statement released by ICC, he said, "It is a matter of great honour for me to be on the top of the list of both Tests and ODIs for umpires. When I had started out in the profession, I had never imagined I would get this far. I can only say that I have enjoyed every moment on the field and learning has been an ongoing process all this while."

PCB congratulates the three-time ICC Umpire of the Year for creating the world record for most ODIs as an umpire!#PAKvZIM | #HarHaalMainCricket | @ICC pic.twitter.com/9qa7R5CqMX

He has also been a part of the ICC's elite panel of umpires for 16 years.