"India is being ruled by a Hindu Taliban": The Guardian Op-Ed 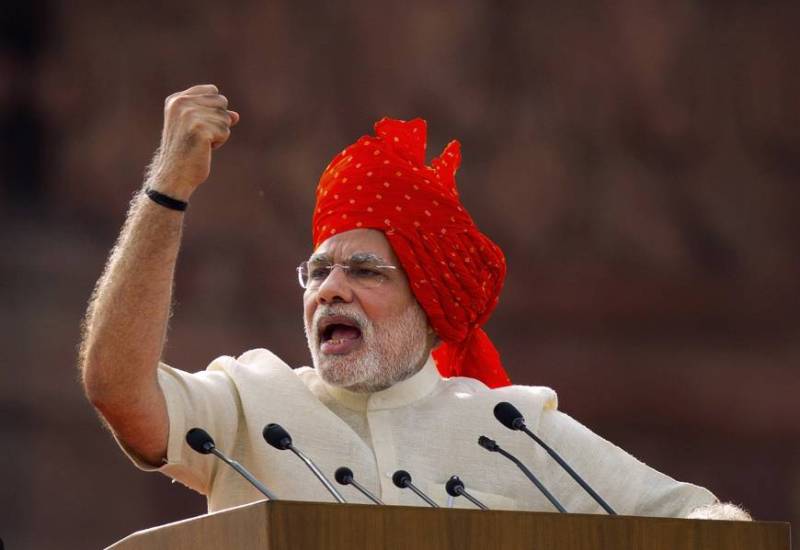 As the religious extremism and jingoism is at its peak in India, the Indian society has already started exhibiting serious repercussions of the intolerant and extremist outlook of the ruling Prime Minister, Narendra Modhi.

An opinion piece published in The Guardian has branded the Prime Minister Narendra Modi a 'Hindu Taliban'.

"A Hindu version of the Taliban is asserting itself, in which Indians are being told: “It’s either this view – or else,” he said.

Describing the withering culture of acceptance and intolerance, Anish Kapoor, a British-Indian sculptor said that the country’s openness to social and religious minorities (more than 500 million people) and regional differences is at serious risk.

Lamenting the recent increase in the imposing of 'sedition' charges by the Government against anyone who dares to question the fanatic policies of Modi, Anish said "A friend told me: “There is huge oppression of anyone who’s different.”

"many Indian journalists and human rights activists have been harassed and threatened with “sedition” charges: for example, Teesta Setalvad, who still seeks justice for the victims of communal violence in the state of Gujarat in 2002, when Modi was the state’s chief minister; and Santosh Yadav, arrested in September in the state of Chhattisgarh on what Amnesty International believes are fabricated charges resulting from his investigatory journalism exposing police brutality against Adivasis (indigenous people). A few weeks ago, even a musician who sang a satirical song criticising the chief minister and state government of Tamil Nadu over alcohol sales was charged with “anti-Indian activity,” he said.

This alarming erosion of democracy, he said,  is a slippery slope that may end up targeting not just minorities and “outsiders” but any dissenting “insiders”

"India is a country of 1.25 billion people, including 965 million Hindus and 170 million Muslims. We have a long tradition of tolerance and, despite differences, have managed to pull our huge country together," Anish asserted.

"But the government’s militant Hinduism risks marginalising other faiths and tearing apart these bonds. Many of us dread what might then happen," he added.