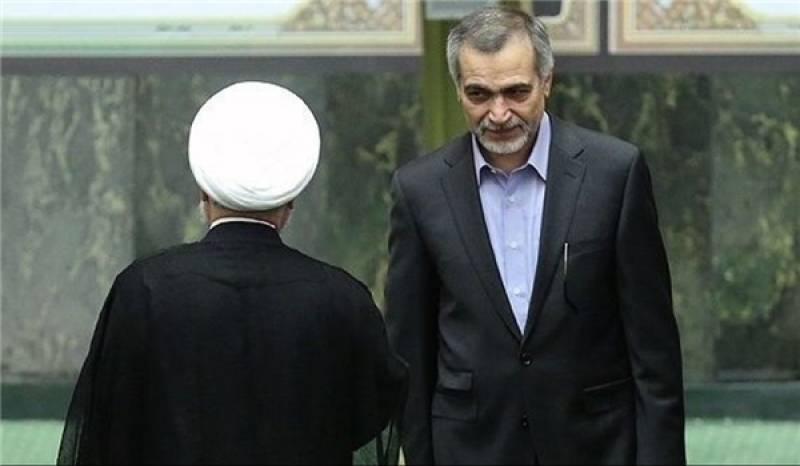 TEHRAN - An Iranian court sentenced the younger brother of President Hassan Rouhani to five years in prison on Tuesday, a judiciary spokesman was quoted as saying by the semi-official Fars news.

In May, Hossein Fereydoun was sentenced to an unspecified jail term in a corruption case though the president's supporters allege that the case was politically motivated.

Judiciary spokesman, Gholamhossein Esmaili said Freydoun was jailed for five years but he may face further charges in another case, without giving details.

The spokesman said this is the final verdict issued by the Court of Appeal that has reduced the previous 7-year jail sentence to 5 years.

Asked if Fereidoun has any other open case in the Judiciary, Esmayeeli said, "His other case is still under study at the prosecutor's office and has not been sent to the judge yet".

He did not elaborate on the details of Hossein Fereidoun's other case and accusations.

Fereidoun was arrested in 2017 and quickly released on bail following long-running corruption allegations, with the judiciary saying at the time that he was the subject of "multiple investigations".