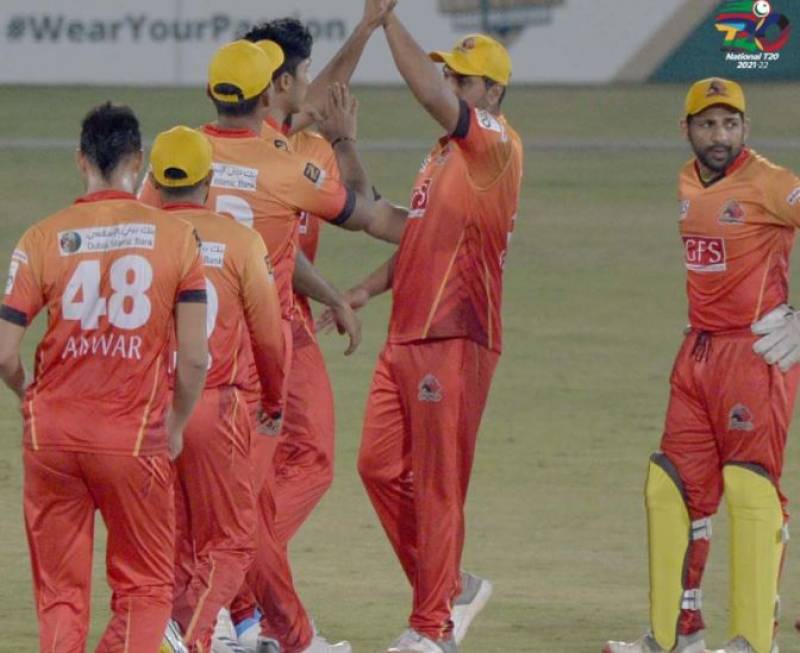 RAWALPINDI – Sindh defeated Northern by three runs on DLS method after rain in Rawalpindi has stopped the 14th match of the National T20 Cup.

Northern was at 62 in 7.3 overs while chasing a target of 177 runs set by Sindh when the rain halted the match.

Earlier Northern had won the toss and decided to field first.

The DLS par score at this stage is 65. https://t.co/sn7aTWrFra

A power-packing inning of 64 runs by Sharjeel Khan helped Sindh to set a tough target for Northern that aim to revenge against Sindh for their previous defeat handed to them on September 25 in the sixth match of the tournament.

RAWALPINDI – Balochistan on Friday defeated Southern Punjab by eight wickets in the 13th match of the National ...