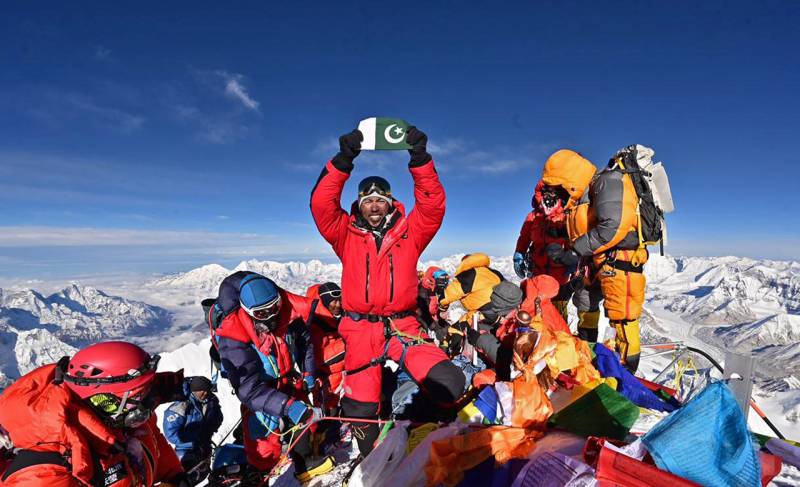 ISLAMABAD – Pakistani climber Sirbaz Khan has etched his name into the history books as the 32-year-old became the first Pakistani to summit nine of the world's highest 14 peaks.

The Hunza-based mountaineer was part of the 19-member 'SST-Dhaulagiri I Expd. 2021 Autumn' expedition. It also added that the climbers summited the world's seventh highest peak with Pakistani mountaineers raising Pakistan's national flag upon climbing the top.

The world’s seventh highest mountain forms part of the Himalayas mountain range and is widely known as one of the complicated peaks due to its steep sides and extremely cold climate.

Meanwhile, Sajid Ali Sadpara, the son of a legendary mountaineer, and a number of mountaineers have felicitated him for achieving the feat.

Pakistan's Sirbaz Khan has successfully scaled Dhaulagiri I (8167 m) earlier this morning NPT. With this accomplishment, he has completed 9/14 eight-thousanders thus far. CONGRATULATIONS!🙏

Congratulations Sirbaz Khan for becoming the only Pakistani 🇵🇰 to summit NINE 8000ers.
Praying for your safe decent and wishing you good luck for rest of the FIVE peaks.#SirbazKhan #Dhaulagiri pic.twitter.com/gRRqUD1DTM