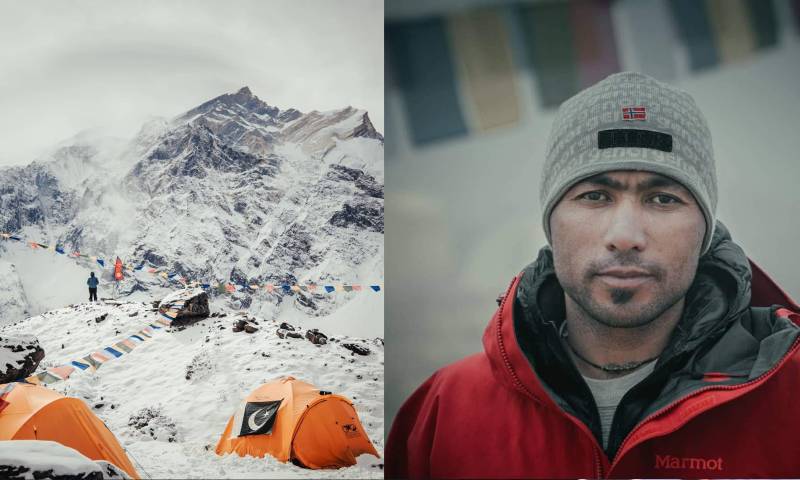 KATHMANDU – Pakistani young mountaineer Sirbaz Khan, who became the first Pakistani to conquer the Annapurna peak, has achieved another feat by scaling Mount Everest – the tallest peak in the world.

Khan has achieved the milestone a day after the country’s youngest hiker Shehroze Kashif reached the summit on Tuesday.

With this achievement, Sirbaz Khan has completed 7 out of 14 eight-thousanders peak thus far.

Hailing from Aliabad town of Pakistan’s north, he has scaled two peaks during the last 26 days and holds that title as well.

The 34-year-old has already scaled Nanga Parbat in 2017, Pakistan’s savage mountain K2 in 2018, and Broad Peak in 2019, followed by Lhotse and Manaslu, bagging the Annapurna was his sixth 8,000er in just four years that he started climbing.

On Tuesday, Shehroz Kashif conquered Mount Everest at the height of 8,848 meters. 19-year-old Shehroz is considered to be the youngest Pakistani to conquer the highest peak.

ISLAMABAD – Shehroze Kashif, a 19-year-old boy from northern areas, has become the youngest Pakistani to conquer ...

Everest is the highest mountain situated in the Mahalangur Himal sub-range of the Himalayas. The China-Nepal border runs across its summit point which sums up to 8,848 meters.