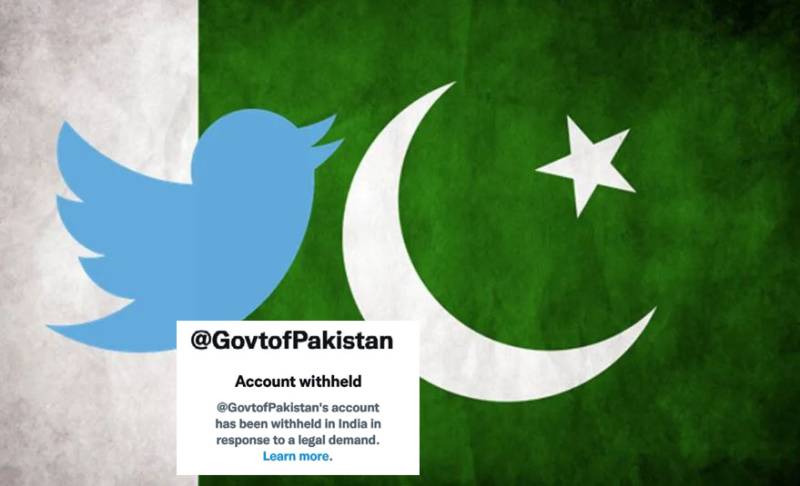 NEW DELHI – The official Twitter handle of the Government of Pakistan has been withheld in India in another alarming move that violates international norms.

A text shows that the account has been withheld in response to ‘legal demand’.

Social media giant withholds content that violates local laws, based on requests received from authorities, however restricting access to specific social media handles is not new under Modi-led government. 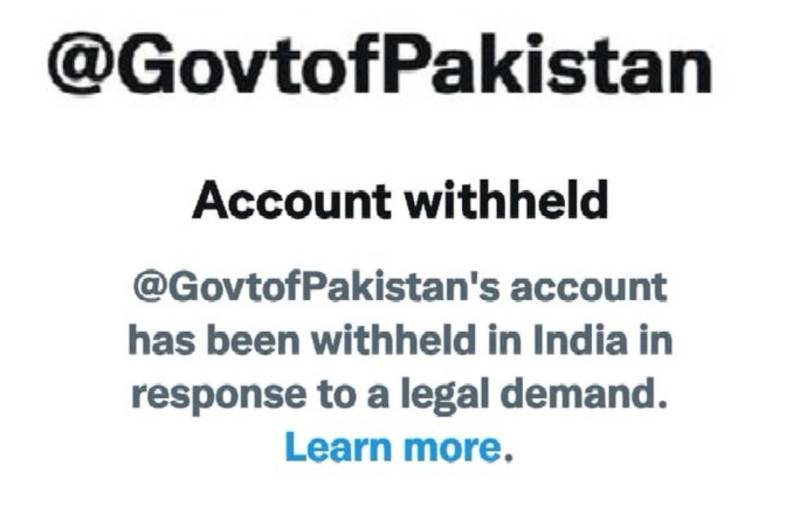 As the Government of Pakistan’s official Twitter withheld, the feed of the Pakistan government is not visible to Indian users.

Earlier this year, the microblogging platform banned official accounts of Pakistan Embassies in UN, Turkey, Iran, and Egypt in India.

Foreign Office also urged US-based social site to restore access, maintaining that the diminishing space for plurality of voices and access to info in India is extremely alarming.

ISLAMABAD – Pakistan has registered a strong protest with New Delhi over its recent blocking of Twitter accounts ...