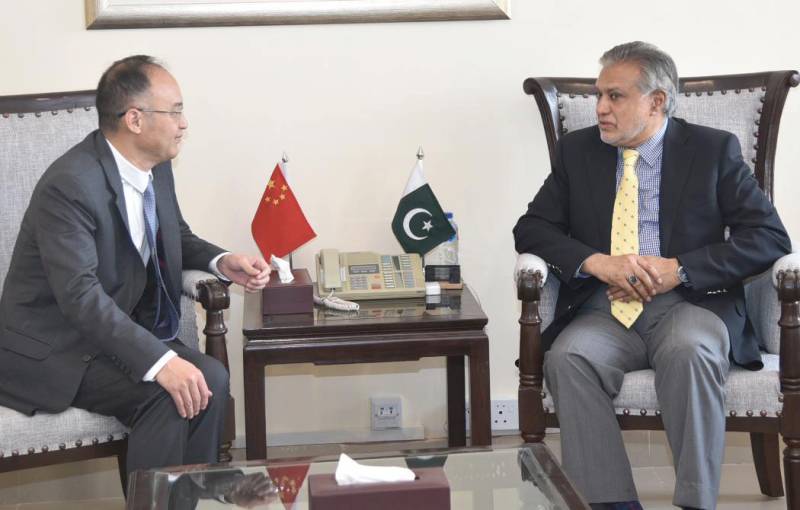 Ministry of Finance said ambassador of the People’s Republic of China called on Finance Minister Ishaq Dar where the latter sought Beijing's support for securing the rollover of SAFE deposits of $2 billion due in March 2023.

During the meeting, Dar commended support extended by Pakistan’s ‘all-weather friend’ in the refinancing of a syndicate facility of $ 2.24 billion.

He also apprised the envoy of the damages caused by the massive floods triggered by the monstrous monsoon.

Exchanging views on Pak-China flagship project CPEC, the finance minister said that the economic corridor will play an important role in taking Islamabad’s economy forward besides improving ties between the two sides.

ISLAMABAD – The US has agreed to suspend loans worth $132 million under the G-20 Debt Service Suspension ...