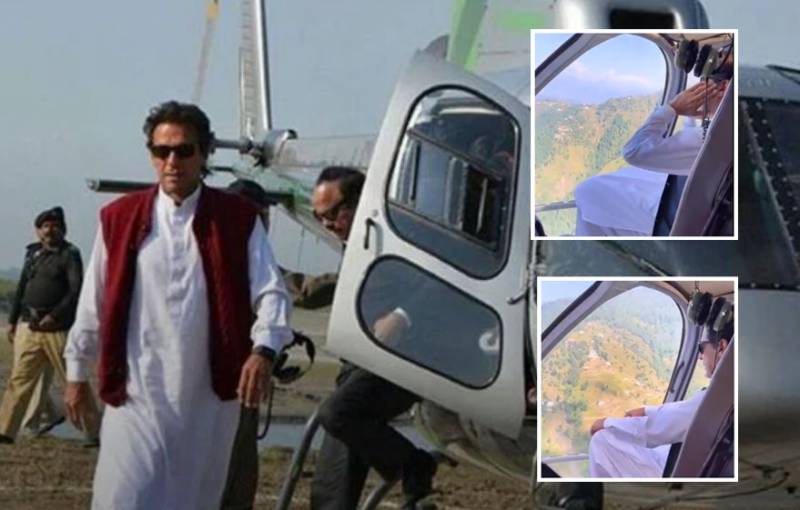 As diehard fans of populist leaders showered praise on the PTI chief for not missing the daily obligation, others raised objections with conflicting opinions.

In the short clip, the defiant politician, who is traveling across Pakistan to resume his push for early elections, can be seen sitting in a rotorcraft above Kyber-Pakhtunkhwa’s lush mountains.

The former premier can also be seen praying in the clip which sparked different opinions on social media.

His critics even hinted at another 'Islamic touch' while netizens seem skeptical about direction of Kaaba amid heli-ride. Several users trolled him for wearing glasses while offering prayers and using public funds to use the state-owned helicopter.

Some even referred to his heli-ride as Public Accounts Committee order the ousted PM to clear the dues for using the Khyber-Pakhtunkhwa government helicopter for personal purposes and causing a loss of Rs70 million to the national exchequer.