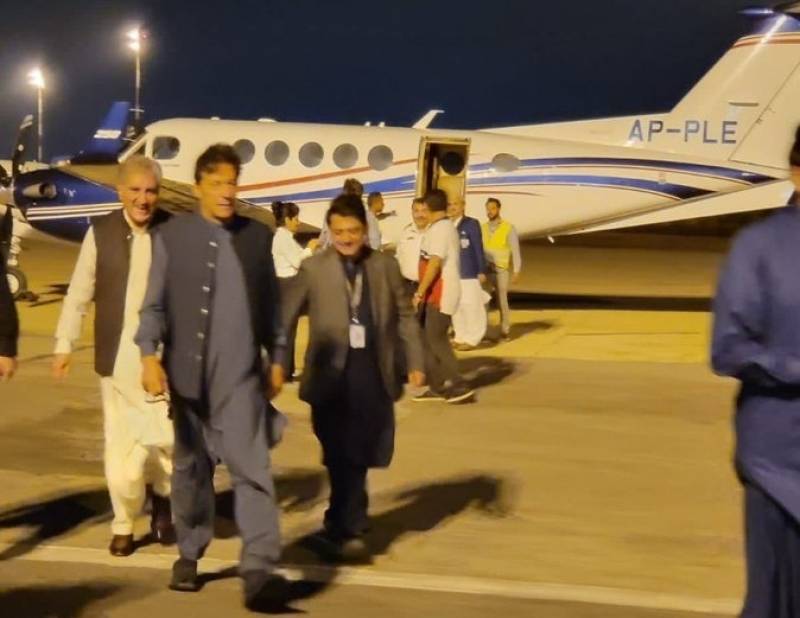 As the the fake news that Khan is using a private jet owned by Bahria Town spread on the social media, Malik Riaz's name started trending on Twitter.

However, Bahria Town sources dismissed these social media posts as fake news and said their private jet had been in the UAE since April 8.

It is said the jet in Khan’s use was previously owned by the Hashoo Group and later it was sold to a broker.

If this is photo from today then it is Private jet previously owned by Hashoo group but later sold to a broker.
Malik Riaz jet is in Dubai since 8 April.
Imported Government should stop spreading fake propoganda about it .#امپورٹڈ_حکومت_نامنظور pic.twitter.com/MDrCAJpLUM

The aircraft, Beechcraft B200GT King Air 250, was used by PTI Chairman Imran Khan, who is set to address a much-anticipated public gathering at Karachi's Bagh-i-Jinnah on Saturday.