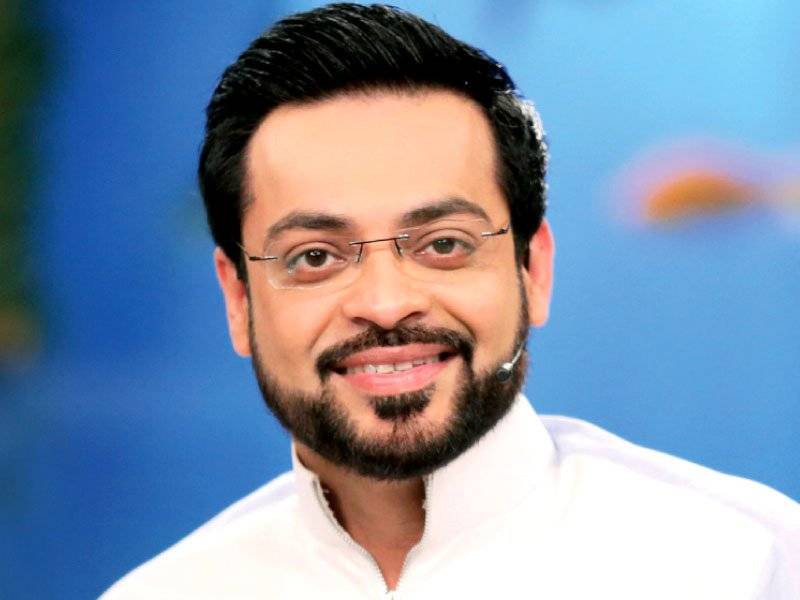 Aamir Liaquat, who is survived by two children, was rushed to a private hospital after he was found unresponsive at his house. He was rushed to Aga Khan Hospital where he was pronounced dead upon arrival.

Aamir Liaquat felt discomfort last night but refused to go to the hospital but this morning his servant broke the door of his locked room when he did not receive any reply from him. The servant immediately contacted the rescue and police.

DIG East Muquddas Haider said that initial reports show no foul play; however, the post-mortem examination of the politician will be conducted at the Jinnah Postgraduate Medical Centre.

Later, Aamir’s family arrived at the hospital and despite the insistence of law enforcers, they refused the medical examination and shifted his body to the Chhipa morgue.

The controversial host also served as a national assembly lawmaker from 2002 to 2007 as a key leader of the MQM. He however parted ways in 2016 and joined Imran Khan-led Pakistan Tehreek-e-Insaf (PTI) and was elected as a lawmaker from Karachi in the general elections.

In the previous regime, differences emerged between Karachi based politcian and other PTI leaders and Aamir also left Khan amid no-confidence motion.

The self-proclaimed religious scholar rose to fame after hosting Aalim Online show. Later, he started hosting Ramadan transmissions as he used to get skyrocketing ratings for local broadcasters.

He however also been accused of ‘abusing his influence’ to spread hatred in society and was part of multiple controversies. He was even banned by media watchdog authority for controversial shows.

Back in the day, a behind-the-scenes clip was leaked on social media showing him using profane language. He can be heard singing Bollywood songs and referring to Indian movies in the religious show.

KARACHI – Former PTI MNA and popular TV host Dr Aamir Liaquat Hussain passed away at the age of 49 on ...

The former PTI lawmaker’s first wife Bushra Iqbal revealed that Hussain divorced her over the phone on direction of his second wife Syeda Tuba Aamir.

Later, actor Tuba Aamir filed for divorce from Aamir, revealing that the duo has been separated for 14 months.

Recently, Hussain's third wife, Dania Shah, also moved the court to carry out the legal procedure to end her marriage with the TV host. She also leveled a series of allegations against Aamir, accusing her husband of cocaine addiction and added that he also forced her to consume the drug.

KARACHI – Condolences started pouring in from various segments of the society on the demise of Dr Aamir Liaquat ...

Following the recent video leak saga and divorce matter, Aamir announced he will ‘leave Pakistan forever’. He made the latest announcement after he remained in top trends on Twitter for a couple of days.

As the war of words between morning show host Dr Aamir Liaquat Husain and his estranged wife Dania has intensified, the ...