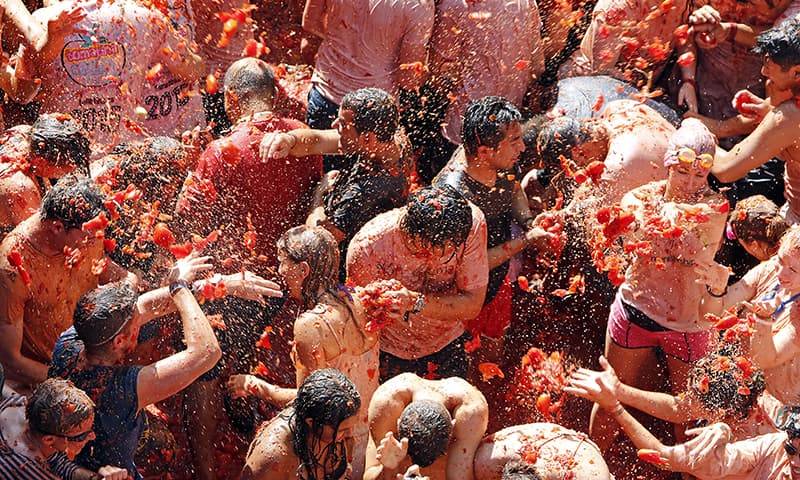 BUNOL (Web Desk) - Thousands of people pelted each other with tons of ripe tomatoes, creating a red, mushy mess in the annual "Tomatina" street battle in eastern Spain.

At the fiesta in Bunol, 160 tons of tomatoes were offloaded from six trucks into the crowd packing the town's streets for the hour-long battle that attracts many foreigners among the 26,000 participants.

People cheered and jumped in the party atmosphere, with some people wearing fancy dress but most in T-shirts. 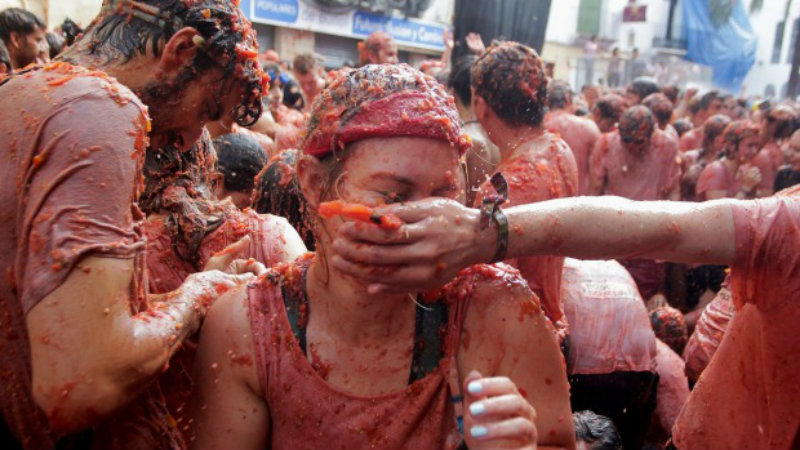 In fact, the town gets such an economic boost from its association with la tomatina that other cities are emulating the idea with their own quirky regional festivals, like a “wine fight” in the northern Spanish town of Haro. Cities in Chile, Colombia, South Korea, and India have also held tomato festivals, often in cooperation with Buñol, helping increase publicity for the original.

Even better, Buñol makes money off of advertisements for films that feature the tomato fight. Back in 2002 the city registered the festival as a brand, so when companies like Samsung use la tomatina for their advertisements, they pay for the privilege. Between rights and hotel fees, a Tomatina film shoot can generate around $335,000 for the town. 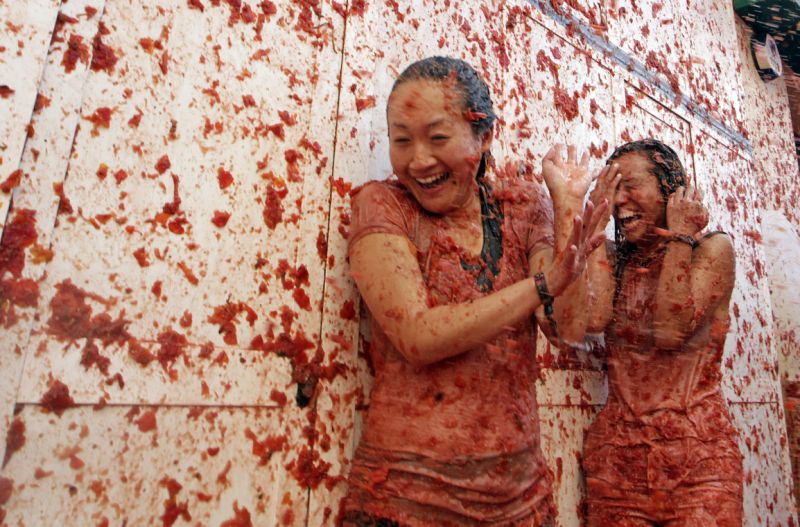 No one is quite sure how the tradition began. Local lore has it that the festival was first inspired in 1945, perhaps when a street fight collided with a grocer’s stall. It also may have started as a practical joke on a musician, or a protest against city council.