Yabeite not even working in Pakistan, clarifies China 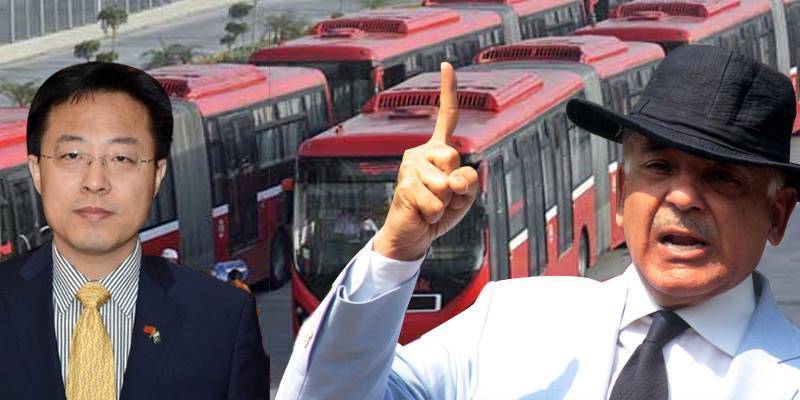 ISLAMABAD - Reacting to the reports of corruption in Multan Metro bus project, Deputy Chief of Mission at Chinese Embassy in Pakistan, Lijian Zhao claimed on Thursday that the said firm 'Yabeite' was not even working in Pakistan.

The Chinese official was moved by a Pakistani Twitterati who raised concerns about presence of fake Chinese construction companies in Pakistan.

The Chines diplomat, who is quite active on Twitter responded to Khan that 'Yabeite' made some fake letters to cheat the government, adding that it was not even functioning in Pakistan.

Thx for advice. This Chinese company Yabeite was not working in Pakistan. It made up some fake letters to cheat government and was punished. https://t.co/iJg2Cqj7Zw

In another tweet, the official said CPEC projects are transparent and clean and there is zero tolerance for corruption.

This is not true. CPEC projects are transparent and clean. Zero tolerance for corruption. If there's anything wrong, pls report to embassy https://t.co/2ajOCBMsgZ

The clarification came in the wake of burgeoning allegations against Punjab's Chief Minister Shahbaz Sharif that he had minted billions from kickbacks from the Chinese company — Jiangsu Yabeite Technology Co. Ltd — in the Multan Metro Bus project.

On the other hand, Punjab's chief executive took a strong exception to the criticism and offered that he would offer himself to be beheaded if corruption is proved in this regard.

“If the ARY [News] and those behind it want a duel, I am not afraid of such challenges but bring plausible and judicially admissible proof to back your allegations. I challenge you to prove your allegations regarding the Multan Metro Bus project within the next 48 hours, if you can. Either put up or shut up!” said Shahbaz on Wednesday.

“It is alleged that Rs3 billion was taken as kickback for the Multan metro bus project,” Shehbaz said while stating that his body “should be taken out of grave and hung on a pole if a corruption claim against him is proven even after his death.”

According to a media report last week, the Sharif family allegedly transferred funds received as kickbacks in the construction of Multan Metro Bus project.

The Chinese Securities and Regulatory Authority (CSRA) has launched an investigation into the funds transferred by the Chinese firm working on the project which showed them as profits gained from the project.

The report further stated that Shehbaz Sharif and PML-N Leader Mushahidullah provided documents to the Chinese firm, which was allotted the contract to construct the Multan Bus Rapid Transit (BRT) by the Capital Engineering and Construction Ltd. But, according to the media report, this firm is not even registered with the SECP and the address provided does not even exist.

The funds were allegedly transferred from Dubai, Mauritius and other locations, the report added.